After recently going on a binge of electro-dubstep-trance music concoction, it’s nice to slow things down with pleasant Canadian indie rock straight out of Vancouver, BC. Following a steady stream of EP releases, Said the Whale is back with a full album entitled Little Mountain, and it would be a welcome attraction to many indie rock lovers.

Lying somewhere between folky and pop, Little Mountain has tracks like “Loveless,” a catchy chorus, great vocal work, and accompanying instrument work that will have you singing along during your upcoming summer road trips. I’ve gotta admit, the opener “We Are 1980,” will get quite a few plays from me. I’m surprised to find such upbeat tunes within a genre that has an excess of mellowed out ones.

Though that doesn’t mean this band has excluded mellowed songs from this LP, as you might find the band slowing things down for the piano ballad “Seasons” and minimally mixed tracks like “Lover/Friend.” The next moment, things will speed up with “Heavy Ceiling,” with doubled vocals, some really synthy melodies, and a couple awesome guitar riffs. Barring a few throwaway songs that are no longer than ninety seconds, I can’t find any songs that are all that bad.

One interesting song to note, “2010,” has some undertones about the Olympic Games that took place what seems like a fortnight ago. Tyler Bancroft originally wrote the song with a certain pride for his city – but now if you listen closer, it almost sounds as if the band is a little ashamed of what took place a year later with the Stanley Cup riots. Mind you, a lot of their songs are about Vancouver, but the band seems to be distancing themselves from their roots. It should be interesting to see where it takes the band in the future.

There’s nothing all that extraordinary about Said the Whale’s latest, but there’s certainly not many faults. It’s what I’d call a very safe album, sticking to an indie formula that still works. If it ain’t broke, then why fix it, right? 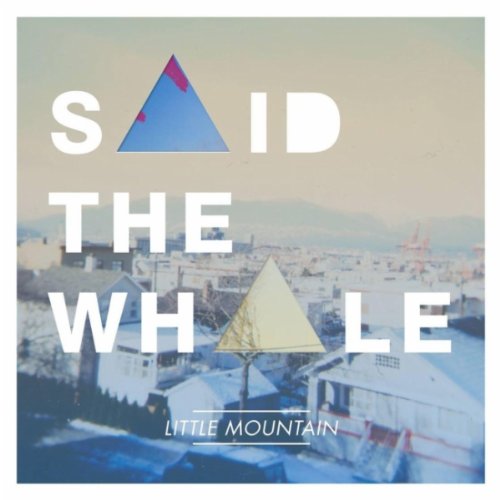