For those not old enough to have been able to listen to the bands of the surfpop culture live, Brit band Weird Dreams dances along the edges of the late sixties with influences from the likes of R.E.M and dreamy Byrds.

The tracks are all at least 3:30 with the exception of the title song, and although the metallic sound of the 12-strings, soft-touch percussion and harmonizations all run throughout each song, the arrangements are varied enough to keep the listeners interest without blending into each other. Not quite alternative and definitely not pure pop, Weird Dreams selected the most charming bits of iconic punk and doo-wop to lull the passive listener into a happy place before knocking them upside their head with disquieting lyrics. Just because you’ve heard something similar (or perhaps your parents did) doesn’t mean a little twist on the idea would be a bad thing.

Little Girl manages to be sweet and a little creepy around the edges – I do hope this isn’t a true translation of one of Doran Edwards dreams but as far as his ability to render ominous unconscious thoughts into musical tunes go, it’s pretty impressive.

Holding Nails, released as a single and Vague Hotel, the opening track, are smooth and peppered with classic riffs and interesting chord progressions.  Suburban Coated Creatures is fuzzed-out and powerful, describing small-town life to the point where you can almost chew on the teenaged angst without the hopelessness of, say, Nirvana. Using a nice minor key and some deliberate fretwork, Faceless crawls over the lyrics and is a change of tone from the sunnier tracks. And that is what sets this group apart from other chillwavers: the music feels good, yeah, but the lyrics set your teeth on edge and your gut agrees with what they are saying, even though you want to believe that everything really is OK.

Weird Dreams can get away with one album of sound-alike tunes, even though the arrangements are edgier than the Beach Boys ever were and this album is a good listen, free-spirited and insightful. If they want to retain their niche in the niche of punkpop, they’ll have to beef up the aggression a bit and turn the screws of discordance. But as a debut effort, (notwithstanding a cassette-tape EP release) it’s an excellent introduction. 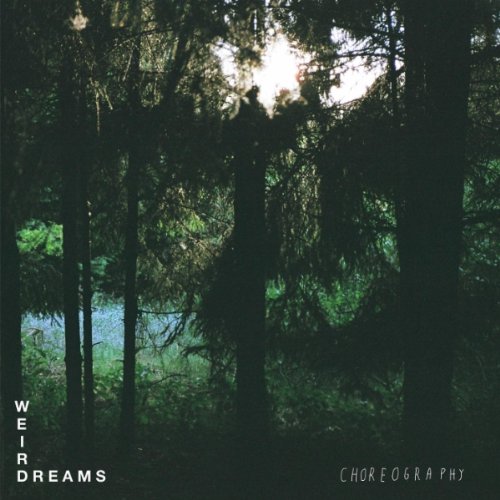