The M Machine. On first impressions I thought that I would be dealing with an indie metal or rock ensemble, on the contrary, the San Francisco-based DJ trio are, lets say, an unclassifiable, genre bending indie-electronic group (electronica, house, trance, dubstep). Little is known about the M Machine, consisting of Ben Swardlick, Eric Luttrell and Andy Coenen, keeping a low profile.  However, with the release of a few tracks namely, “Promise Me a Rose Garden/Glow,” “No Fun Intended” and “Trafalgar” piquing the curiosity of Skrillex, eventually signing them to OWSLA, his indie dance label. Even though they’ve kept themselves on the down-low they’ve still managed to accumulate 25,000 “likes” on their Facebook page and have their summer jam-packed with festivals.

Now, the M Machine step into the light and out of mysteriousness with a conceptual debut, Metropolis Pt. 1. However, it was never the aim of the three DJs to be mysterious but rather to have a sharp and well-produced six-track EP before offering it up to the masses. The M Machine, along with their label, OWSLA, decided to split their full length LP into two EP releases, with the second release of course being entitled, Metropolis Pt.2. Coenen didn’t want listeners to be force-fed something quickly, but on the contrary have some time to appreciate the effort which went into producing the music.

Metropolis Pt. 1’s opener, “Immigrants”, sets the tone for the rest of the album with an elegant retro-dance feel. It brings to the surface a surprisingly timeless feel, conjuring up images of sci-fi films, i.e. Metropolis Pt. 1‘s album artwork. A contagiously effective opener on the EP captivates you with an amalgamation of Nintendo-like synths.

“Deep Search” is out of the norm for typical electronic dance music tracks, besides the characteristic drop. One could easily see inspirations drawn out of the darker electronic deadmau5 tracks, switching from synths to strings, ultimately giving the track an elegant melodic shift and bringing your ear buds into an entire new dimension. Continuing on the same lines of ‘out of the norm’ “A King Alone” and “Faces” seem to have more of an indie dance feel and definitely promote vocals, which lie beyond the boundaries of electronic dance music. The robotic “A King Alone”, which doesn’t rely on vocoders, consists of a somewhat untouched or for a lack of better words, authentic feel. It is a delightful tack and certainly more lighthearted than some of the heavier tacks on the record. “Faces” might lack in length but makes up for it lyrically. What would be a truly creepy track is transformed into a calm and appealing track due to the brassy jazz alto vocals.

The DJs were inspired by the film Metropolis, directed by Fritz Lang, in which their sound finds its origins in the dark art deco visuals of Lang’s film. Although, one thing is certain the M Machine have definitely found their niche in electronic dance music, conveying to Rolling Stone: “The beautiful part of electronic music right now is that it’s literally infinite. We write songs just like any other indie band or rock band would, but every instrument is powerful and big because it’s all electronic. You have the best of both worlds – the heaviness of dance music, but you then have the soul of vocal driven music.” 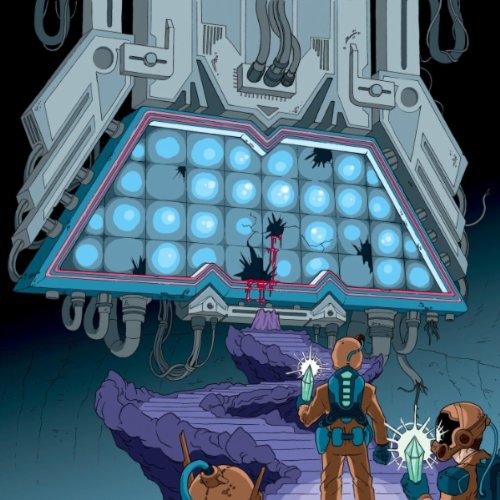