little hurricane, a dirty blues duo from sunny San Diego, deliver one catchy straightforward sound. One half of the two-piece is Anthony “Tone” Catalano on lead vocals and guitar; the second half being Celeste “CC” Spina, a spunky female who rocks out on drums and also supplies the backing vocals. It’s easy to conjure up comparisons of The White Strips (or stretching it a bit here, The Black Keys, minus the female aspect, that is). Tone’s voice echoes Jack White’s emotional power which gives rise to an instinctive weighty delivery. Even more arresting are CC’s ghostlike empty back up vocals barely indistinguishable to those of Meg White. They even have an equivalent formula to The White Stripes with a few call and response tracks such as their exceptional single “Give Em Hell” and “Crocodile Tears.” But don’t think they’re just another typical blues duo, little hurricane pack their own kind of distinct punch to get their own little storm a brewin’ inside of you.

Ahhhhh a windy, rainy and stormy day, what better way than to admire the irony in reviewing little hurricane’s debut album Homewrecker. In one single year after bursting onto the scene, the duo has been able to turn enough heads to become one of San Diego’s most auspicious acts, even opening for M. Ward and the Shins at SXSW.

Homewrecker kicks off with the swampy foreboding “Trouble Ahead”. Also featured on the track: a stopgap guitar slide and what might be a prominent influence of Soundgarden’s Kim Thayil characteristic riffs chuging along behind Tone’s simmering vocals. CC’s ghostly vocals appear on little hurricane’s first call and response track, the eerie and blazing “Crocodile Tears”. In breaking up the similarities, these two hot barn party songs are more unconventional and more of an Americana spin-off of the White Stripes execution.

The muted “Shortbread” also conjures up comparisons of Meg White’s vocals with a straightforward indie rock feel. The jangle of “Haunted Heart” also fits into that same category. Sometimes, however, they step into unknown waters with the quiet and delicate “Tear Bucket”. It’s with these tunes that you start to feel as though they stray away from their dirty blues, packing their bags for Rock City to start a nameless rock band. However, not to worry, little hurricane employ their own unique methods in producing solid songwriting and calculated execution. Not to mention their knack for damn catchy hooks.

Every song on Homewrecker has got its highlights on every song but those which shine with exceptional vigorous precision and contagious melodies are most notably, “Lies” and “Give Em Hell”. It’s a surprisingly engaging and consistent, tense blues-rock album, especially for as a debut. “It’s more of a party, and less of a disaster”, so don’t let the duo’s name fool you. It may be a little hurricane but its definitely is a big storm. 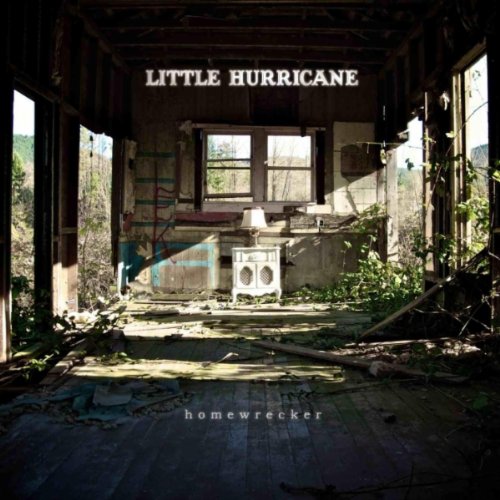