There wasn’t just one. There were several. Indeed, boxes and boxes of them, all full of papers and words that had been sitting there for at least four decades. Song lyrics that had been written into life on paper but, for lack of a matching tune, would remain confined to the pages, never to reach the airwaves.

But that would soon change.

Nora Guthrie knew better than to ignore her folk artist father Woody Guthrie’s preserved gems, and she had just the person in mind for the task. After contacting British artist Billy Bragg—the man she deemed best fit to embody Woody’s spirit—and adding American artists Wilco and Natalie Merchant to the mix, two projects came of it. In 1998 Mermaid Avenue delivered the first set of eleven tracks to much critical acclaim, followed by eleven more tracks in 2000’s Mermaid Avenue Vol. II.

The new third Mermaid Avenue album offers a collection of 17 previously unreleased tracks from the earlier Mermaid Avenue recording sessions. The tracks showcase a variety of styles which may arguably render this third volume more experimental than the first two. Indeed the medley of blues, upbeat, slow jams and acoustic tunes ensure a varied yet still folk-based listening experience.

Soulful blues tunes are heard in tracks like “Gotta Work,” “Jailcell blues,” and “Teabag Blues” while the acoustic “When The Roses Bloom Again” and “Don’t You Marry” reflect their romantic yet also slightly melancholic natures. American history is further embodied in “My Thirty Thousand” and “Union Prayer,” tracks with lyrics specific to the Civil War and the KKK. The most modern-sounding tracks are “Ought To Be Satisfied Now” and the Beatles-like “Listening To The Wind That Blows.” The raw and edgy feel of “Ought To Be Satisfied Now” may arguably be the album’s standout track.

Perhaps one of the best things about the album is that it is likely to please loyal fans as it is to inspire new ones. Indeed, if it can provide enjoyment and provoke curiosity in new listeners—myself included—then there is little telling how many others it may move in a similar fashion. The themes addressed are not always easy to reflect upon however the album delivers an overall upbeat and joyful feel, sending listeners down the good ol’ Americana memory lane. While some might be moved to dig through old boxes in search of their own history, just listening might trigger your very own sepia-tinted memories. 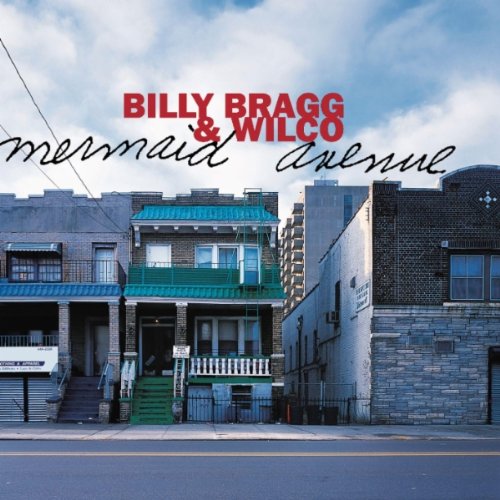