When I first heard Silversun Pickups about two years ago, my first impression was, “Man, this vocalist has got some pipes!” And I also thought said vocalist was a woman because I neglected to look at their Wikipedia page. Rest assured, I’m still a fan of Brian Aubert’s unique vocal stylings. Now that I’m a little more educated, I’m lucky enough to give my take on the LA band’s new album Neck of the Woods.

“Skin Graph” opens the album with a thunderous roar of distorted guitars. If a band can nail the opening track like this one, they’ve got me hooked from the start. The vocals are as sharp as ever, too. Their style hasn’t changed much since the #1 alternative hit “Panic Switch,” and that’s most certainly not a negative aspect about this album. “Make Believe” is actually a really fun and fast track, but it doesn’t lose that dark and moody Silversun feeling. “Mean Spirits” has the same kind of vibe, as it’s exceptionally fast-paced. The guitar solos, when applicable, are all top notch in these tunes. It’s always been a big reason as to why I loved Silversun Pickups. The overall musicianship on this record – impressive, and you shouldn’t expect anything less.

Wanna hear a weak point? Their lead single, “Bloody Mary (Never Endings)” is actually one of the weaker tracks on the record. While it has a really cool synth track as an intro, there’s nothing to really capture the audience. It’s mediocre at best. “Here We Are (Chancer)” is a little too soft and flat for my liking, but it’s nice to have some variance within the record.

“Gun-Shy Sunshine” is the right way to do a somewhat softer song that the aforementioned couldn’t accomplish. It’s not exactly slow and mellow, but it sets the mood well. It’s very similar in structure to “Lazy Eye,” and I don’t think using a well-tested formula should be ridiculed.

If it works – so be it. I’m not complaining. Silversun Pickups doesn’t have to continuously evolve to remain relevant in alt-indie scene. They’re doing a bang up job with Neck of the Woods. Let’s see if they can keep it going for albums to come. 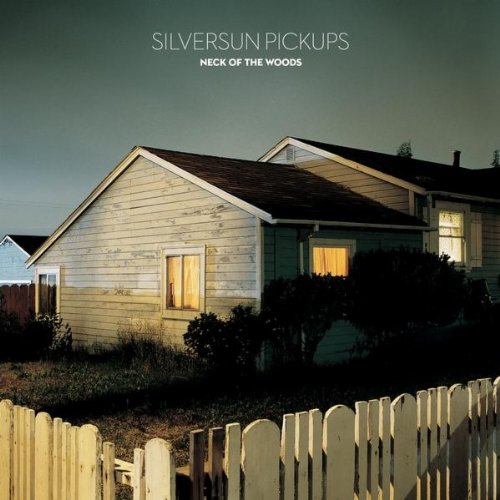