David Templemann a.k.a. Ghosts of Paraguay and the emotive and melodic Loodma Recordings present their next installment, On The Run EP, which definitely fits with Loodma’s catalogue.

“Beyond Reason”, a perfectly constructed ambient track evoking a considerable amount of visual and unobtrusive power. Conjuring up images of a lonely downtown apartment. A man wakes up, brushes away his white bed sheets and makes his way to his coffee pot. The apartment is dark only lit by the flashes of lightning. He stares at the somber city skyline as it’s slowly drowned out by the pouring rain. The swollen grey clouds coat the sky. As the man watches, the rain streams down and down his window. “Beyond Reason” begins with what seems to be some backmasking. Although just when you think you might be able to decipher some cryptic message, the hauntingly beautiful and soothing voice of CoMa creeps in to set the tone of the entire track. CoMa’s heavy voice accompanies GoP’s rhythmic sweep with LFO, the percussion and his electronic music virtuoso. A match made in heaven you could say.

“Plateau” starts off with a clean and relaxing beat splashed with dry rimshot percussion. Soon turning mystical with the appearance of distant and hollow ethereal female voices, which quickly disappear only to haunt the track again and again. A great tune which GoP fabricates the perfect atmosphere to let your imagination run wild and leaving you in astonishment and wonder.

The sublime “Hold Me Tight” features the calming vocals of Jett, which are most comparable to the those of Montreal’s based Grimes. There is a nice flood of piano mixed in with Jett’s vocals create a perfectly elegant lead in to the percussion which dominates the remainder of the track.

“The Swan” is by far the best track off the latest On The Run EP. An intense build-up with heavy strings puts your mind in the driver’s seat. Dreaming up a perfect scene to accompany the foreboding and grave soundtrack. The built up is followed by a calm piano ensemble, but not long taken over by crackling and layered FX and percussion. Amazing lush piano sections and distant female vocals add to the intricate layering and dreamy feel.

It is a contagious EP with atmospheric power and lush sonic vibes, not to mention clean production. Templemann seems to already be making his way as one of the avant-garde producers of our generation. Be sure to look out for Ghosts of Paraguay on everyone music radar in the near future. 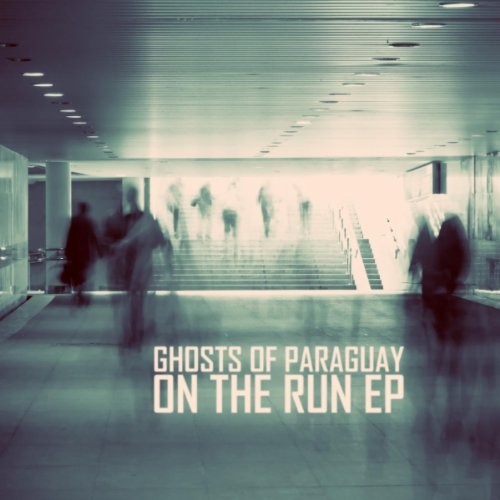