First off, I love this kind of music: cohesive instrumentation, good production, ambient extras and most of all, sentient lyrics and harmony. New or old, it’s what speaks to my heart and mind and gets me to relate to what the artist is trying to say.

Bethany Cosentino’s voice is mid-pitch comfortable on the ears, even in the longer-than-really-necessary refrains in songs like Why I Cry. The title track opens brightly, moving along and introducing Cosentino’s followup album to 2010’s Crazy For You by declaring California, specifically Los Angeles we presume, is the center of the known universe. I’ve lived there and it’s an alright place, but I didn’t write any songs about it. Still, the group’s happiness about where they are comes through full-throatedly and its an infectious sentiment. Of the thirteen tracks, they could have left off a couple fillers: Last Year is appropriately titled and Do You Love Me Like You Used To tries to be a sentimental look at relationship, but ends up just whining a bit too much.

Cosentino and partner Bobb Bruno have a Spectresque girl-group sound, which shines with producer Jon Brion’s hand mixing lo-fi basslines and rhythmic percussion. Better Girl and Let’s Go Home are the best examples of the evolving “west coast” sound. Both songs speak to the yearning to have everything be the way it once was without being maudlin or syrupy and are two outstanding examples of Best Coast’s evolution.

Dreaming My Life Away slows the tempo and has a crystalline acoustical track backed by some nice orchestral work. Not a song to drift off to sleep to, but one to listen closely to and reflect on where the hell your life is going. My Life has similar inspirations, but is much more up tempo with a pretty catchy tune to go along.

If  Crazy For You  was more about a girl alone in her room writing scraps in her diary about the boys she liked and wondering if she was pretty enough, this is probably that same girl a few years and heartbreaks later, still writing in her diary but maybe not letting us see every entry.  There is still hope, apparently, for love to find her and for life to turn out OK. We may have to wait for the next album to find out but in the meantime, this will tide us over quite well. 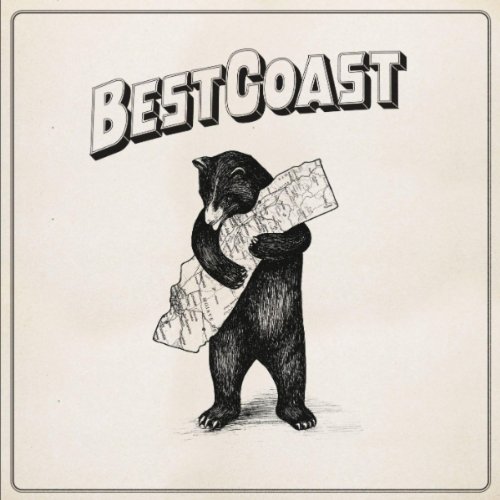