I’ve never thought South America to be a hotbed for emerging artists. Argentina’s ZZK Records and LA based Waxploitation Records have come together to produce this compilation record of the best emerging artists from Buenos Aires: Future Sounds of Beunos Aires.

This compilation features a lot of electronic music is not the kind most North Americans have grown accustomed to for the past few years. Sure, there are a lot of similarities: synths, bass, and just pure garbled sci-fi sounds, but many of these tunes possess a unique Argentinean flair. It may be the sampling of Spanish vocals, or it may just be the whole beat of the song. Tremor’s “Malambo” falls under this category, with some heavily distorted bass – but it doesn’t force a fast beat down the listener’s ear canals. It allows the instruments used to speak for themselves. Frikstailer’s “Guacha” is the track that most resembles something from America. Less flair, and more of synth-fuelled track than anything.

One of the highlights of the album may be its most obscure track on the record: “Se Pixelo el Vinito” by Super Guachin sounds like something hauled from the days of Nintendo’s Entertainment System. Chiptuned with added percussion and vocoded vocals, this song is incredibly fun. Maybe I’m just a gamer at heart and I appreciate this tribute to our 8-bit past, but I think a lot of people will dig this.

However, some tracks do fall flat. Any compilation album will have its share of misses.”Cumbiatron” by King Coya is too lethargic, and maybe a little too worldly for my tastes. Same goes for La Yegros’ “Viene de Mi,” as it just doesn’t seem to fit with the rest of the album’s rhythmic attitude.

That’s the problem with this album: half of it is some really great electronic music, but the other half is something completely different. It’s a nice experiment, and some tracks work well together. But overall – I’d suggest only purchasing what you really enjoy from the album, as it’s not worth a total purchase. Future Sounds has something special about it, but the vision isn’t fully realized. 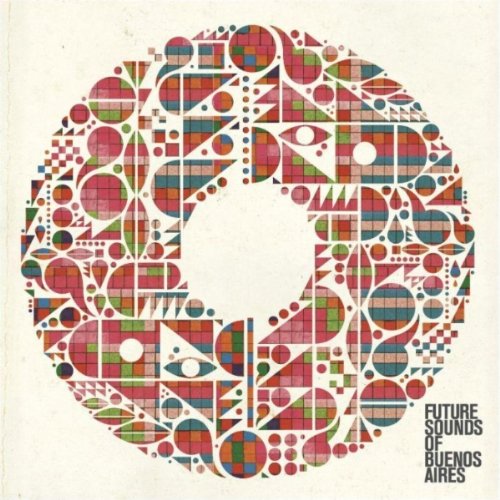