Sweden: a country with no shortage of musical talent. Widely successful acts such as ABBA, Roxette, Ace of Base, Opeth, the Cardigans, Robyn and Swedish House Mafia have reminded us time and again that it has a music scene worthy of attention. Like any other country’s music scene, it also consists of its artists whose fan base is predominantly located within the country. But that in itself is often only a matter of time.

One such Swedish group that’s been gathering attention is indie rock band The Perishers. The band—formed in the late ‘90s and fronted by lead singer Ola Klüft—has shared a stage with Sarah McLachlan while touring together in 2005, and have had their tracks featured in popular TV shows such as The O.C., One Tree Hill, 90210 and Grey’s Anatomy.

After spending over ten years with The Perishers, Ola Klüft left to work on his solo project. A year and a half spent jetting between Canada and Sweden for recording sessions has resulted in the album’s completion and release on May 22, 2012. The result is Klüft’s, or A Lanky Swede’s, album titled Soon, Soon, Soon.

The album, released under Nettwerk Records, consists of twelve tracks of mostly mellow, slow rock songs. On April 12, 2012, the album’s first single “Downhill” was released; a catchy acoustic tune featuring backup vocals by Helena Gutarra and Torbjörn Gjers. “Follow My Heart” is a moody tune that engenders the bittersweetness of leaving home while “Okanagan Peaches” provides the album’s most uptempo track. The tremolo effect played on the guitar in “Birch Tree” gives the tune a 60’s flair.
Quite a few of the tracks also feature collaborations with other Swedish band members such as Jonas Svennem Lundberg of Winhill/Losehill, Helena Gutarra and Torbjörn Gjers of La Puma, Scott Smith of Terminal Station, Daniel Berglund of Isolation Years and Kim Kinakin of San Angelus.

Fans of The Perishers and those seeking slower rock jams will enjoy this laid-back work as they explore this crooning Swede’s moodier side. Listeners keen on relaxing tunes will rejoice, and their only complaint might be that some tracks tend to be shorter than the average 3-minute duration. But one might say, they’d need only press ‘replay.’

As a note: while physical copies of the album have only been released in Europe thus far, Soon, Soon, Soon is widely available in digital form. 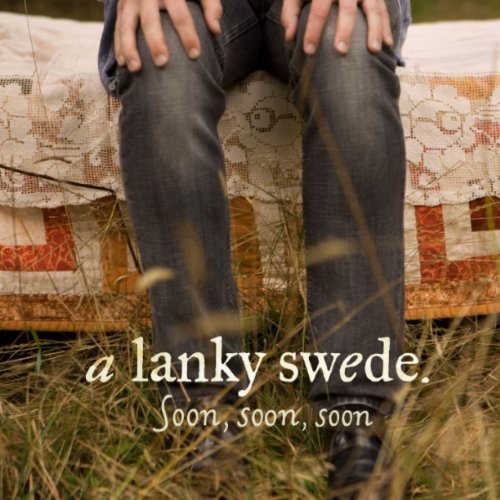