Sleep Maps (also known as Ben Kaplan) describes his sound as, “The music of a lost future.” His new EP, “Fiction Makes the Future,” marries what sounds like vintage film and news clips with prog-rock, sci-fi compositions. Kaplan leads the audience on a literal journey from the words of the past to a metaphysical narrative of the future. It’s up to the listener to fill in the specifics, but on “The Eternal Wanderer,” you’re assured that, “The only thing we can be sure of about the future is that it will be absolutely fantastic.”

Kaplan’s role is entirely instrumental, but in no way boring or hindered by the fact that the music seems to be entirely guitar and drum driven. His guitar work especially is thrillingly vibrant, filling the speakers and the audience with his determination and vision. On “Forbidden Light,” Kaplan’s pick slides simulate the sounds of screams and sirens, embodying the chaos and urgency of his impending fictional future.

For as singular as Kaplan’s mission and style are, his execution betrays him. He adheres to a fairly fixed formula; a rousing spoken recording followed by heavy, driving guitar work, occasionally throwing in a reprise of the recording halfway through to remind the listeners of the journey they’re on.

It’s expertly effected; Kaplan splices the two together seamlessly and he can manipulate guitar strings and distortion with the best of them, but with five tracks following the same blueprint, it becomes predictable. The music grounds itself in the recordings that put tangible words and thoughts to his abstract vision, giving him the freedom to create an even more progressive and conceptual future, but he falls back on his undeniably adept post-rock laurels instead of creating new rules.

“Fiction Makes the Future” isn’t an easy record. With the shortest track, the opening “Men Against the Stars,” clocking in at just over six and a half minutes, each song is its own record, its own commitment. But with Sleep Maps’ distinctive medium and focus, it’s a commitment worth making. 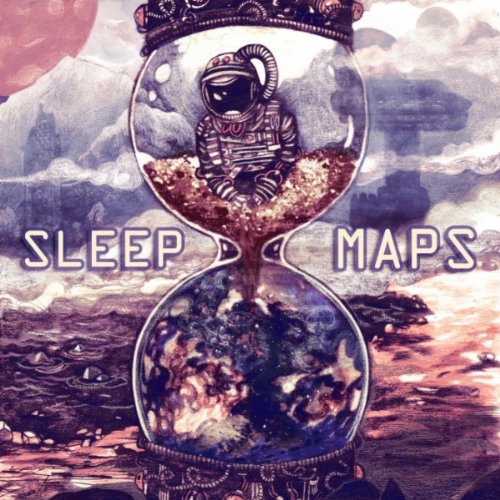