Paul McCartney re-released  Ram this past week. This is a different experience in review terms, because this album is far from being some aural experience presented by some hungry up and coming musical act. This is one of the first albums Paul created after the Beatles split. It is definitely of the era in which it was produced, in terms of songwriting and production, and in general it would appear that it has aged well. Vilified by most of the Beatles and a chunk of the musical press at the time of its release, it has persisted for the last thirty-something years; digging into the music presented reveals the McCartney trademarks along with very interesting experiments in producing and arranging.

The McCartney trademarks- hooks, very hummable vocal lines, and a quaintly ‘old-fashioned’ approach to tunesmithing -were always present in the Beatles; it wasn’t until McCartney got out on his own that his abilities come into their own. John Lennon’s own personality plus the mystique of the Beatles demanded equal attention. All the same, his debt to the blues is apparent in many places, such as on ‘Smile Away’. Coming after ‘Uncle Albert/ Admiral Halsey’ joins with the former to encapsulate Paul McCartney’s entire career in summary.

In discussing this album with some friends, there were those whose opinion of Linda McCartney was not so flattering. It was felt that her presence on the album is distracting. For me personally, her presence on this recording is so slight as to be practically non-existent. It would seem that people let their perception of history influence their perception of this music. Having some sense of history is important, of course, but in the end, all of that information only amounts to a collection of facts related through circumstance.

While the songwriting is generally good, and the album generally engaging, there are moments that test patience levels to a degree. The vocals on ‘Monkberry Moon Delight’ fall into that category. While it sounds like the desire was to evoke a mood of sarcasm, the end result is a little amateurish; the tune itself isn’t the most profound, so the sense of loss is minimal. 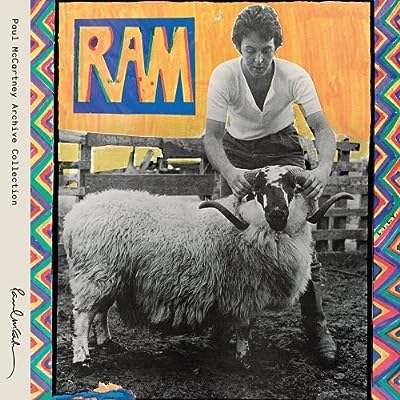