Four years after her critically praised debut, Pip Brown, better known as her stage name Ladyhawke, released her 2012 effort Anxiety. This time around she left the synthesizers out in favor of reverberating guitars and fuzzy organ groans, resulting in a rough power pop sound. The album offers listeners an honest illustration of reality and the grind of outside forces, but it brushes those cold feelings off with a mix of feel-good indie pop/rock sensibilities and cool psychedelic undertones.

The pressure to produce a blow-out sophomore album, which seems to have influenced Ladyhawke’s choice of album title, is evident throughout the 10-track record. On “Vaccine” she begs the question “What will people think of me?,” yet the tone of the track is far from uneasy. It projects a confidence that carries over into “Blue Eyes,” which concludes “There’s nothing more I can do but sing you la la la…” These dismissive “la la las” are playful but also tough, adding to the overall bad-ass vibes of Anxiety that peak during the final track. The album closes with “Gone Gone Gone,” a tune that alludes to classic and alternative rock with killer guitar-organ interplay.

Ladyhawke neither breaks ground nor disappoints with Anxiety. It’s an easy listen that references some of the coolest music movement of past decades: psychedelia from the 60s, new wave of the 70s, dance pop from the 80s and  Britpop from the 90s. Her influences are obvious and the sound isn’t entirely her own, but she borrowed from the best and still managed to make an album that speaks to a modern electronic indie pop/rock audience. 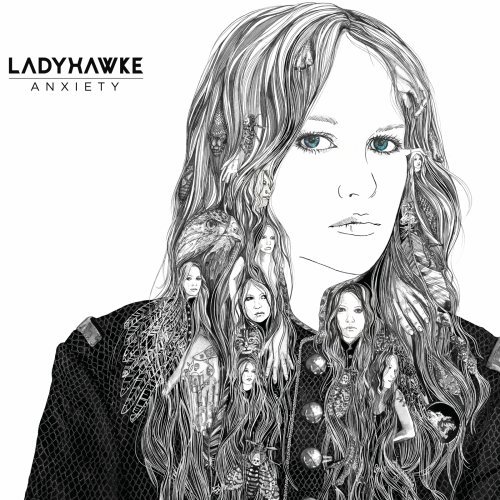