Upon first glance, the name “Chet Faker” might evoke images of a cheesy tribute band haphazardly attempting to recreate the music of Chet Baker. In reality the moniker belongs to a 22 year old musician from Australia who also happens to be a fan of the late, jazz musician. However, within the first few minutes of listening to the artist’s debut release, Thinking In Textures, it’s clear the similarities between the two, beyond mood, are virtually non-existent.

Nick Murphy (who goes by the alias, Chet Faker, to avoid confusion with a fellow Australian musician also named Nick Murphy) has earned quite the following since his cover of Blackstreet’s “No Diggity” went viral on the internet. Faker’s ultra mellow blend of electro-house music is clean, uncluttered and certainly has its niche in this digital age. Along side his 11,000 (and growing) facebook fans as well as the legion of supporters he has gathered through his online music blog, Faker finds himself rapidly emerging onto the global music scene, barely having left Australian soil.

“I’m Into You” gets the album off to an inelaborate start. The song drags slightly along side Faker’s groggy voice, making it sound as if the song was recorded the morning after a gig at a smoky Melbourne pub. Faker’s vocal sound and harmonizing skills improve, however, with the r&b tune “Terms and Conditions.” The aforementioned “No Diggity” is certainly a nice rendition. With the sexy, slow tempo, subtle back-beat and cavernous reverb, it’s easy to see why the song has been so popular. But Faker’s sleepy vocals are hard to get past, and one can’t help but feel like the recording could have used just a bit more polishing.

Faker brings a taste of dubstep in with the beautifully dreamy “Cigarettes and Chocolate.” “Everything I Wanted” is a fittingly subdued ending to an EP that practically begs the listener to chill out.

Chet Faker is a man of mystery. While researching on his story, it was a challenge to find much information about him. But something tells me that’s about to change. As the young musician’s sound and style continue to evolve and more are turned on to his music, I have a feeling we will be hearing a lot more about Chet Faker. 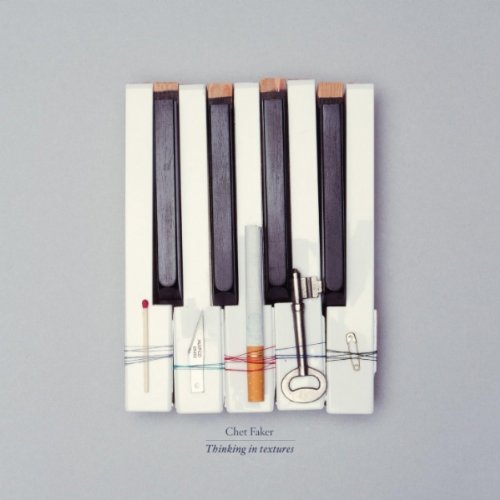