By the time the harmonica is done belting it out in “Sins”, the first track on “Resurrection Men” by The Purnells, you’re hooked. The introduction of the rolling guitar riffs gets the head bobbing and the leg stomping, and then Stu Blackburn puts down the harmonica and starts singing. A schism erupts on “Resurrection Men” in which Blackburn’s harmonica pulls songs into one rugged blues direction, while his vocals pull those same songs into contemporary indie territory. While not a complete and seamless blending of these genres, The Purnells navigate through the indie territory well.

“Penelope” remains one song in particular in which Ricky Harty’s syncopated beats are enriched by Blackburn’s drawling, silky singing. When Harty rides the high hat, the guitars gleam with a little grit, and Blackburn pushes the limits his voice can take him, The Purnells prove they can tackle and tame these genres.

Another song, “Low Down Shake”, attempts the same formula, but to lesser effect. Glen Caldwell’s guitars are consistently fresh and energetic throughout “Ressurrection Men”, and this track is no exception, but the song doesn’t get “low down” enough, the song doesn’t “shake” enough. The Purnells describe the song as “good, clean fun” but Blackburn blows on the blues harp mid-song, attempting to smooth out a choppy, start/stop, stomping song, to jarring results.

“Watch the Neighbourhood”, which appears on “Resurrection Men” but was also released as a single in 2011, should be the shining beacon that guides this Stockton/Middlesbrough quartet’s songwriting. The guitars riff on a nuanced yet eerie sound while Harty’s beats are steady, but not forceful. Blackburn enters the song asking “What’s going on behind your door?” both reserved and powerful. We hear Blackburn’s singing conflate to gentleness then inflate to outrage in typical fashion, but with “Watch the Neighbourhood” the rest of The Purnells are right there with him, alternatively restrained and resonating. Most importantly, Blackburn keeps his harmonica in his pocket.

“Resurrection Men” by The Purnells, released independently, is available on iTunes, Amazon, and Spotify. 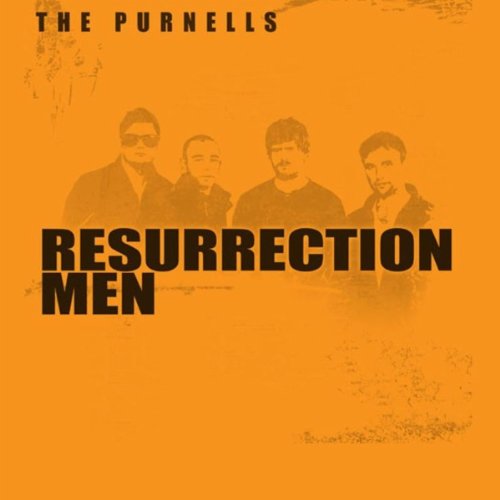