Sound the alarm, listeners are in for something new, and thankfully Higgins knows just what to do. The formula is simple. Madonna and Abba. Genius, no? If the boosterish electro-punk of Music for Men was of no appeal, don’t worry, don’t worry! Pick up A Joyful Noise, Gossip have redeemed themselves – seriously. No political overtone, none of that on the lyrics of this fizzing record, just a focus on those who continually dissatisfy her without avail. Its not an amateurish attempt at mimicking the prowess of Abba, but a comfortable preparation where Beth Ditto’s own fine testy vocals shine with each word, each verse. That preparedness can be heard in her sparkling electronic melodies. Where it almost seems as if she got advice from the band itself on this endeavor, applying their own formula; 2 parts warmth and anger, and 1 ol’ part lacquer of the finest and glossiest kind.

Sure there are the skeptics who may argue that this step into unknown territory is what some may call a step in the wrong direction, an epic failure. Although signature Gossip qualities are scattered throughout the record, from “Melody Emergency,” the threesome’s opener, it is clear that Ditto’s vocal ingenuity has not disappeared. It is definitely an album that sets them apart but just give them time to test the waters.  They won’t be any contenders for Madonna and Abba, but they sure will have given themselves their best shot at their next hit and their sixth release. 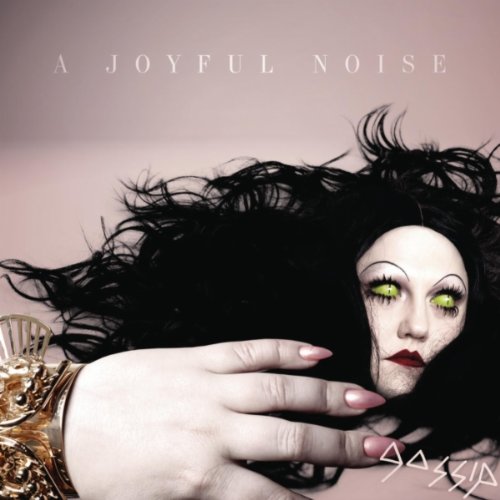