More often then not, you tend to know what to expect when an old band tries to make a comeback with a “new” album. I don’t mean “old” like how the digitally fed culture kids of current times mean old either (as in several i-pod generations away or, maybe even two years old), I mean, like, really old. Such albums tend to defy the word “new” by re-working a combination of old tricks with old styles and sounds that ultimately equate to nothing new. Conversely, there are shining exceptions to the pitfalls of this stereotype. Paul Simon’s albums continue to be a great example of someone remaining true to his sound, yet still always working toward something new and innovative. Bob Dylan has certainly had up’s and down’s, but he keeps working, and though he lost much of his mainstream appeal, the folk legend simply needs to keep making music and playing it for folks willing to listen– is that so bad? Hell, if anything proves that the big comeback is possible, listen to the B-52’s 2008 album Funplex, which immediately took a surprising #11 spot on the American billboards, marking the second most popular B-52’s album of all time.

What I’m getting at here, is that successful comebacks for older bands can happen, they just don’t happen very often. Though punk fans might well have just puked in their mouth at hearing the bands I just cited, there is a significant difference in the claims to those bands’ genres that makes a comeback album more feasible. So what happens when one of the founding fathers of punk and post-punk genres takes a shot at the comeback album? The results are as interesting as they are problematic and contradictory.

Public image Ltd’s recent release of This Is PiL falls somewhere in between success and failure as comeback albums go. If you aren’t familiar with PiL (which is forgivable at this point), let me re-trace some steps for you. In 1978, John Lydon (a.k.a. Johnny Rotton of the Sex Pistols), crafted an experimental concoction of sounds that complimented the recent explosion of punk music with reggae infused dub bass, experimentally geared krautrock percussion and synth, american funk, and even some audible traces of disco. Lydon called the new project Public image Ltd., and by the time their influential sophomore album Metal Box was released, PiL had effectively shaped a unique new movement that became known as “post-punk.” The rest of PiL’s career wasn’t nearly as pretty though. After a 14 year stretch encompassing 6 questionable albums, an ever rotating roster of bandmates, and constant disputation with producers, John Lydon finally decided to call it quits on Public Image Ltd. Ten years later, Lydon had saved enough money to personally fund the latest PiL album, This is PiL. At the very least, you have to appreciate that he wanted a return album bad enough to personally fund it, right?

Needless to say, a certain weight comes with listening to This is PiL because lets face it, nobody wants to see one of the major founding grandfather’s of punk music shit the bed. Unfortunately though, after hearing the opening title track “This Is PiL,” a reasonable person could only assume such defecation is about to take place literally and metaphorically. Thankfully, the second song “One Drop,” is a much needed relief from the title track. The singing is very typical of Lydon’s uncomplicated two-tone style, and though the lyrics could easily be perceived as overdramatic or immature, they successfully excite the ears when paired with the simple guitar strokes that made music lovers trash theory in favor of thrashing. “Deeper Water,” embraces the eerie dub-root bass tones that traditionally added the creepy undertone to funk-ish post-punk classics. Along with some of the better tracks on this album, “Deeper Water” does a great job in skillfully combining the raw build up of punk noise, with a balanced bass groove, unrelenting ambient synth, and undecorated repetition on all levels.

Lydon seems to hit a certain stride in This Is PiL with the emotionally charged track “The Room I Am In.” Above all, you get the sense that Lydon actually has some genuine messages within his angst-laden lyrics, and among the stream-of-conscious build up of spoken word, he shares a darker poetic rambling that bears a mystical resemblance to some of The Doors more experimental songs. Songs like “I Must Be Dreaming,”and “Lollipop Opera” are sure to disappoint the grittier punk fans out there though. Both songs carry a deliberate pop quality, mushy lyrics, and a danceable hook line that will be very attractive to crowds of people that post-punk fans wouldn’t want to be caught dead with at a show. I cant wait to see what Lydon has to say when “Lollipop Opera” gets re-mixed by some mainstream boob-vehicle, and he has to answer to crowds of weeping Sex Pistol fans. Did I go too far?

All and all, This Is PiL offers some new sounds, some old sounds, and some similar sounds, which as a dreaded “come back” album, is equal parts win and lose. Do not go so far to dismiss the album as typical, boring, or ordinary though. Some pleasant surprises and intricate twists definitely occur on This is PiL; surprises that ultimately cause a listener to not only believe that Lydon is once again desperate and hungry to profess his gritty anti-passion for snubbing the man, but that he might actually have some life left in his career. Enough to bestow a bar-napkin manifesto of sorts upon the poor young new punks looking for a decent indecent role-model? I highly doubt it. 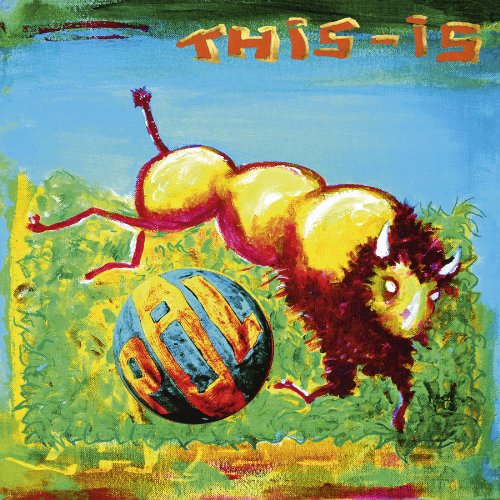