Tu Fawning has presented me with one of those interestingly ambiguous musical experiences. When I first listened, I was intrigued but not entirely moved. Each successive run through the track listing has opened my hearing a little bit more. While it’s not something I would play on a regular basis, this is primarily due to aesthetic differences. This entity creates a sophisticated musical atmosphere by means of a specific aural personality passed through varied instrumentation and what seems to be some technique in the matter of composition; how much of the songwriting ability comes from formal study and how much from simple immersion in the act of music making is difficult to determine.

‘When does a genre become pointless?’ is the question posed by the band on their website. What results could be possibly be taken as an attempt to answer this question. The band’s self-description is ‘Antique-Dance / Tribal-Gospel’. This is about as good an attempt as I can think of. There are sections that remind me of a punk-rock Dead Can Dance. At other times, there is a very theatrical cabaret-rock feel present. And, a fairly ethereal quality at times, as well.

There are a few moments on this album that will reach out and grab you, one of which comes in the form of the third track, ‘Wager’. The choice of tone colors in the guitar coupled with the preponderance of toms at the beginning of the track is incredibly effective in staying within a relatively confined space. When the song breaks open at roughly 1:22 via that angular, timbrally brittle guitar line, the sudden burst of energy is really enlivening. There are other points in time on this album that transpire in an similarly exciting manner; listening with casual focus will reveal them.

The end result of all of this is a band possessed of a fair amount of sophistication, which comes off as a little mannered and self-conscious at times. Overall, they seem intent on following their own vision; referencing their back catalog reveals a continuity balanced by growth, with enough musically revelatory moments that subtly implore you to stay invested to the end. 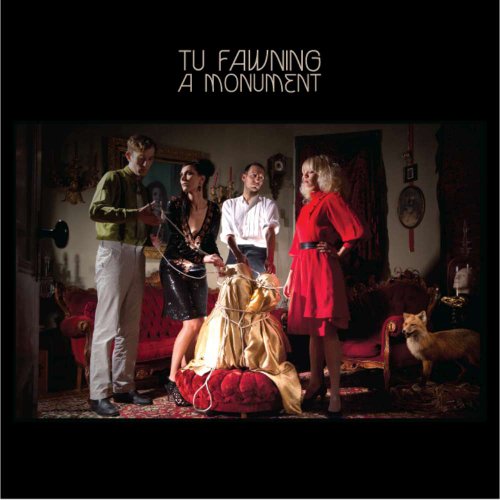