The lo-fi project of multi-instrumentalist and singer/songwriter Laura Burhenn, Mynabirds released its . The album opens with “Karma Debt,” a hypnotic track that sets the tone for the politically-driven indie rock album. Set to a slow tempo, the tune snakes through a mixture of playful and sinister beats and begs for revolution, on both a small and grand scale.  On the title track, she asserts “we got strength in numbers… get your black boots on” for a smoldering call to arms.  Burhenn’s vocal styling comes out best in “Buffalo Flower,” a ballad that speaks to individuals and alludes to the consequences of the day to day choices we make as people.

Generals is a departure from the bluesy feel of Burhenn’s 2010 effort, What We Lost In the Fire We Gain In The Flood. She does sneak in twangy blues riffs in songs like “Wolf Mother,” but for the most part reverberating garage guitar takes the lead. Catalyzed by “The Generals of the Daughters of the American Revolution“ photo by Richard Avedon, Generals is a critique of what it means to be a General, a true leader, as well as the perceived versus true faces of the American Revolution. Mynabird’s keen insight into these aspects of change serve as more than just advice for those unhappy with the current state of the world.  The album makes its audience feel, and it does so with a rock and roll attitude and a snappy lo-fi pop/rock sound. 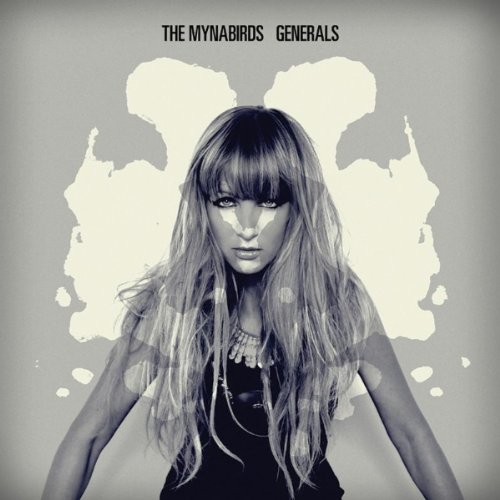