Indie pop band The Features’ latest studio release, Wilderness, combines rambunctious, high-energy, arena rock flavor with dance floor worthy grooves that are as infectious as they are fierce. The album has technically been out since July of last year but only until recently it has been available online or at the band’s shows. With strong, punchy beats and an impressive collectiveness, The Features newest album sounds as well constructed if not stronger than 2009’s Some Kind of Salvation. Needless to say, if the The Cure and Iggy Pop begat a love child, the result would be The Features.

Lead singer Matt Pelham’s fiery vocals are consistently nothing less than super charged. This, along with his thought provoking lyrics (“say hello to the children born today…what kind of people do you think that they will be?”) gives the singer an uncanny preacher-like ability. Wilderness is evenly layered: Splitting the album in two, one half is electrifying, dynamic rock anthems that demand throwing on your party pants, the other half a mix of sympathetic, yet veracious melodies.

Early to midway through Wilderness, there is a trio of hard-hitting numbers that are, without question, the backbone of the album. “Big Momma Gonna Whip Us Good,” with tumbling drum beats and sweeping guitar rhythms is fast, yet controlled. “How It Starts” is juiced to the max, appropriately synthed and aching to be the official anthem for every house party in America. “Rambo” is high-spirited; distinctly emphasized by the dramatic playing of keyboardist Mark Bond.

But it can’t all be keggers and after-bar parties. Thus the need for an amicable, breezy, tune like “Fats Domino” which will have bros around the globe hugging each other and drunkenly singing in unison, “you can have everything, except my rock n’ roll!”

The Features’ light-hearted style is too much fun not to enjoy. Their playing feels genuine and unpretentious. And with that approach toward music, they have succeeded no matter what the result was they were looking for. 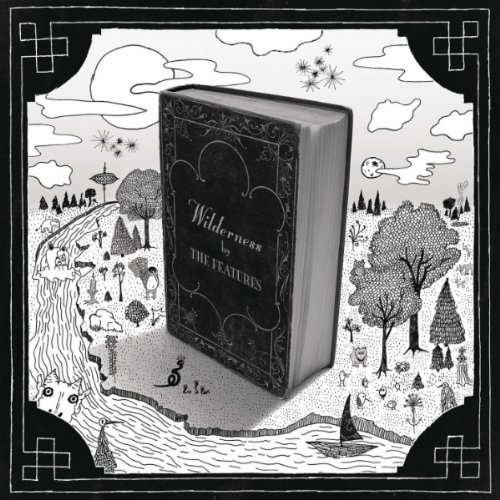