If you’re wondering what kind of journey Rudd is planning to take you on, the opening song “Lioness Eye” pretty much lays it all on the line. The track begins with a rhythmic, almost electronic, didgeridoo bass line and what sounds like animal screeches, anything from birds squawking to hyenas howling. Six minutes later, it has transitioned seamlessly into a softer, more tribal folk song. Rudd mirrors the same versatility on the rest of the album, often moving so fluidly between genres and techniques that the transformations go unnoticed until he’s in the thick of them.

Rudd’s musical strengths lie in his abilities in indie rock. Though “Spirit Bird” can loosely be categorized as such, it’s absurd how inadequate of a description it is. “Comfortable in my Skin” and “Bow Down,” aided by the sounds of a banjo and hand claps, are the folksiest tracks on the record, giving off a country vibe. “Full Circle” hits a harder rock sound while “Follow the Sun” is Rudd as a minimalist with a simple harmonica melody.

In certain places, Rudd seems to lose focus. While most of the record finds its roots in Rudd’s expert guitar and didgeridoo talents, the second to last track, “3 Roads,” has an unexpectedly ambient, drum-heavy sound that doesn’t wholly make sense with the course the rest of the album has taken. Comparably, “Prosper” consists purely of a speech recording in the foreground and the sounds of chanting and maracas in the background. While similar vocals and percussion instruments appear in other tracks, on “Prosper,” they have no foundation in sounds or concepts that would tangibly link them to the rest of the album. Tracks like “3 Roads” are still executed beautifully, but seem out of place when so much of the rest of the album can be traced back to folk and indie rock.

While Rudd himself moves seamlessly between the different genres and styles utilized on “Spirit Bird,” the album as a whole doesn’t fare as well. Rudd constantly surprises his audience, pushing his musicality and vocal and instrumental abilities beyond the expected. When Rudd is so good at so many things, it’s hard to fault him for wanting to show off all of them. I would too. 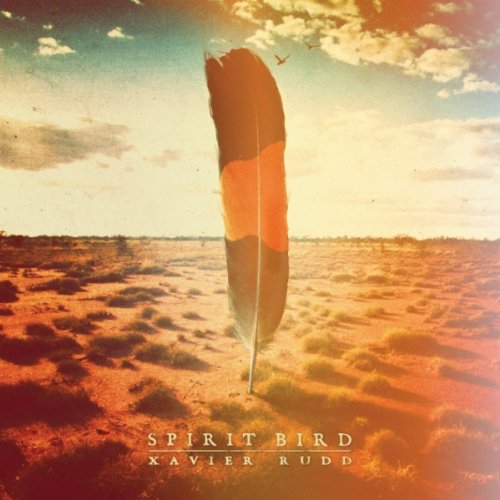