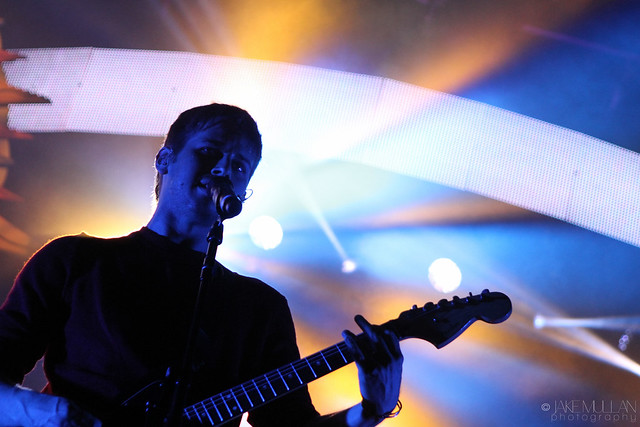 With the recently unpredictable weather in Montreal, it wasn’t surprising to see grey skies over the Lachine canal this past Tuesday night. The weather has been abnormal for June, so planning an outdoor show, at a makeshift “venue,”  for Foster The People may not have been ideal. Alas, while the wind blew and it rained throughout the opening acts, Mark Foster and company stepped onto the stage around 9 o’clock. The rain ceased to fall. Ponchos came off, inflatable sharks were sent into the crowd, and the screams of fangirls were louder than the actual show at some points. 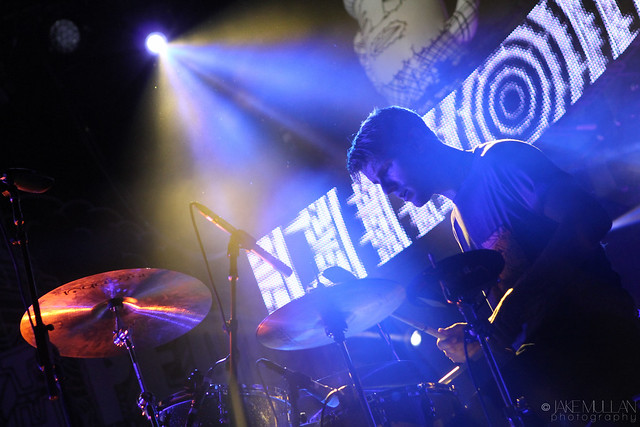 MVRemix actually covered Foster The People’s show in Montreal last year, where they played to a sold out venue of about 700 people. Now, a good couple thousand braved the unpleasant forecast to get a final taste of the band’s tour on the debut Torches – and Foster did not disappoint. Opening up with “Miss You,” they had the crowd behind them from the start with its thunderous percussion lead by Mark Pontius. Lots of flashing lights, statues of caricatures from their album art, paper planes flying everywhere at some point in the set, and a big sun-shaped LED screen where a mascot emerged and blew bubbles – their trippy stage setup is already that of a developed headliner. Mark Foster even seems like a seasoned professionals, running all over the stage with a guitar or mic, sometimes banging on a drum, or sitting down and playing the keys – often all in one song. A bonafide headliner. And why wouldn’t they be just that? 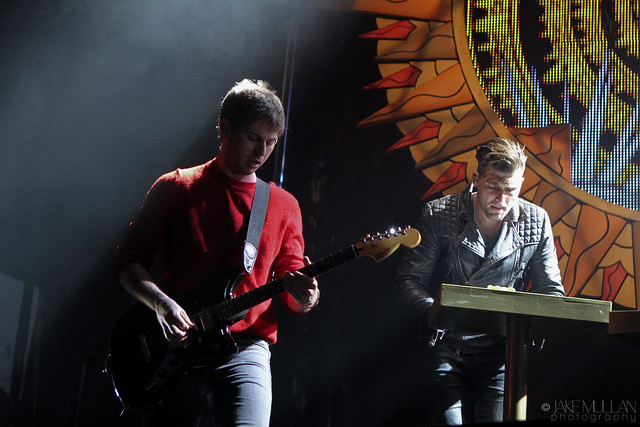 “I think we’ve played about 280 shows in the past 14 months,” Foster remarked halfway through the set. “This is the last tour on Torches.” That’s one of the negatives: the band has a library of about 15 songs if you count all their bonus tracks – and they played all of them. Seriously. I don’t even have to tell you what specific songs they played. I mean, “Helena Beat” was energetic, “Don’t Stop (Color on the Walls)” was a huge crowd favorite, as well as “Call It What You Want,” and “Pumped Up Kicks” closed out the encore with a huge dance party and inflatable caricatures. Even bonus tracks like “Ruby,” which is a rather slow piano ballad, sounded spectacular. The whole album sounds either identical or better when performed live, and with very limited banter, the setlist was over before you knew it. 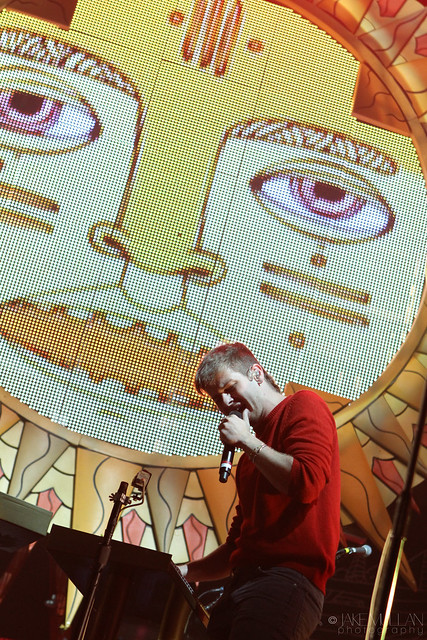 No, it wasn’t a sold out show. No, it wasn’t a very long show (running about an hour and twenty minutes). And no, they’re not the best band in the world. However, I can say that I was thoroughly impressed with their spectacle. I’m not a huge Foster The People fan, but it kind of helps that every song on their record seems to be a hit and I consequently know most of the words. I sincerely hope that this electro-alternative rock band isn’t a one album wonder, and they have success for years to come. 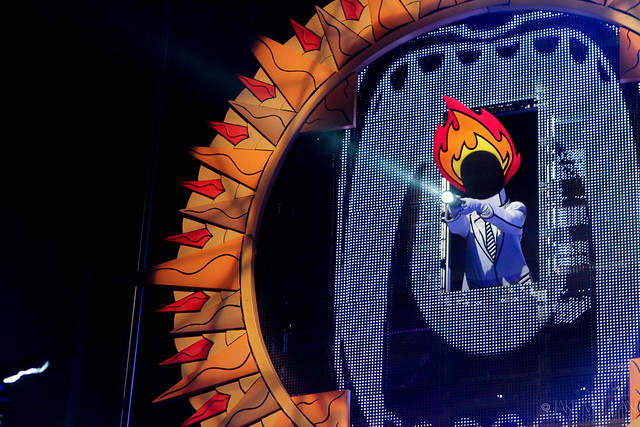