With a healthy collection of dapper suits and a neatly-trimmed mustache decorating his upper lip, Sam Sparro appears, at first glance, poised to bang out a record of alternative, indie-rock musings before all else. And yet, with his second disc, Return to Paradise, the Australian child-actor-turned-singer delivers something quite the contrary. Straight out of a 70s time capsule comes, instead, a collection of high energy disco-funk tracks guaranteed to get you up and out of your seat.

Sparro certainly stays loyal to his influences. Each track sees all the trappings of the greatest hits from the era — funky bass lines, Latin-inspired cowbells and hammering piano riffs played out against a backdrop of mesmerizing synth beats. Sparro’s voice, too, is delightfully disco, vacillating between a deep, tinny wail and a perfectly adequate falsetto, while maintaining a consistent cheese factor. Surface alterations have allowed him to update the sound a little — electro influences in tracks like “Let the Love In” put him in the vein of Canadian duo Chromeo, and the Bowie-esque spaceman theme that can be heard throughout make Sparro seem almost otherworldly.

Perhaps the most obvious influence on the album is Prince. Sparro’s disc is wildly reminiscent of the man in purple — “Yellow Orange Rays” heavily recalls Prince’s “Sign O’ The Times” in particular. The two even resemble each other a little bit, at least stylistically if not aesthetically.

What is clear about this album is that it is primarily intended to make you dance. Though Sparro covers a wide range of material with his lyrics, pondering everything from hypothetical situations concerning a whole slew of characters to real, personal heartbreak, lines like “You have me feeling like a crackhead/I squeeze you out just like a blackhead” (“I Wish I Had Never Met You”) quickly disengage listeners from his words. The record is much more effective if you simply allow yourself to be carried by the beats. Every track is so fabulously energetic that what ensues is a near-hour of solid head-bobbing. Even as Sparro considers the deepest heartbreak or greatest pain, the only thing left for listeners to do is dance it out — which is just fine, because sometimes that’s the best cure anyway. 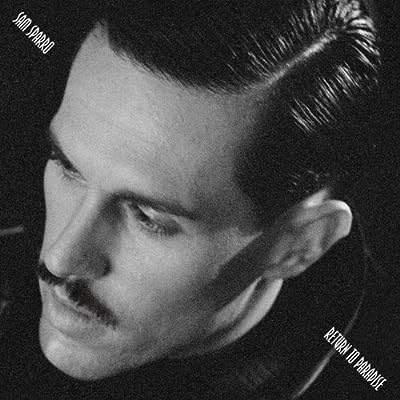