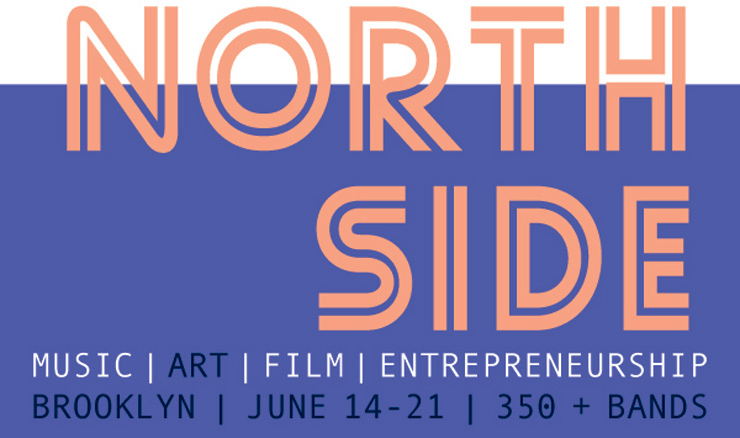 This year’s Northside Festival was a year not to forget. Between it’s 20,000 square foot trade show, an eclectic mix of musicians, interesting panels, free booze (and a film festival to boot), it set the stage (literally) for summer festivals to come.

At the Northside headquarters, there were spread young entrepreneurs promoting their companies. Hangover pills, tech startups, iPhone city apps and many more businesses repped their products through free goodies and detailed explanations.

The warehouse was also the home to diverse music industry panels. The “Music Now” panels provided insight into the industry through music business leaders discussing relative topics. It’s always refreshing to hear that there is hope within the industry. In the panel, “Future Platforms of Music Technology,” the panelists discussed the importance of adapting to the business.

The following day, Wu-Tang Clan’s GZA was featured panelist. GZA enlightened the audience with his rhymes, non-profit organization, and his optimistic views regarding the education system. Hearing about the importance of education through music was inspiring and it’s important to hear that there are individuals in the business who truly care to benefit others.

As for the music, although it seemed as though it was an average weekend night in Brooklyn, there was much more offered. GZA had two shows at Music Hall of Williamsburg which were both energetic, raw, and in short, amazing. Another stand out performance came from Beach Fossils, who played a solid set late Friday afternoon at McCarren Park.  All in all, most of the bands played decent sets.

Northside represented a unique piece of local Brooklyn culture. The people, music, panels, films, and businesses all represent an exciting future for the music and film industry, as well as, the development of good ole’ BK.