When I realized that I was going to be writing about a Swedish hip hop group, I was really excited, primarily due to the challenge of reviewing an album in a language I don’t know, in a genre I consider myself to still be learning so much about. Then I listened to it.

This album feels strangely dated. Compared to what I’ve heard of such contemporary talents as El-P, RA The Rugged Man, and others, the production on this album has a ‘sounds of yesteryear’ quality to it. The beats feel canned, coming from the ‘ba-bap boom bap’ school that KRS ONE was promoting during his Boogie Down Production days; the fact that they’re produced in a digital environment does nothing to dispel this notion, at least for me.

Even where the production has some appealing aspects to it, such as on ‘Likvandrare’, the drums have the same rhythm as most of the other tracks; on top of that, the disjointed quality of the shaker/cymbal effect actually grinds against the beat, resulting in a disjointed rhythm that disrupts the sense of flow. Compared to the visionary production of MF Doom, for instance, this feels thoroughly pedestrian.

The English language quote at the beginning of track 8 (Hall om din Partner) seems to indicate that it is conscious hip hop. My utter lack of fluency in the Swedish language renders the lyrical content a moot point. Good luck researching this group online; the only websites I could find were in Swedish. If anyone finds anything in English, I’d be interested in looking into it.

The fact that this group is from Sweden is very cool. That fact by itself imbues them with a sense of novelty. The thing I don’t understand is why these guys decided to utilize has-been American production values. Listening to the rhythm of the lyrical flow indicates that they are incredibly proficient; I certainly couldn’t write anything with this degree of rhythmic competence. Maybe they need time to develop their own sound. Swedish hip hop should be just that- Swedish, not trying so hard to ape rehashed American production. 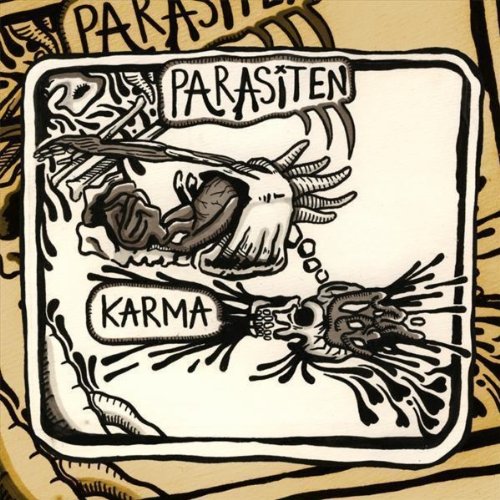