One of my favorite things about contributing to this site is getting to listen to some really obscure music, sometimes from halfway across the world. Whether it’s good or bad doesn’t really matter – what matters is that I get to listen to something I would’ve never heard otherwise. Today’s selection comes to us from Swedish pop artist Britah: her first full-length Clouds.

This obviously isn’t a typical pop album: it’s more like very light indie pop. Opening songs “Moods” and “Master of the Mind” demonstrate this quite well, with their very laid back atmospheres, relaxed keyboard arrangements, and the singer’s angelic voice.  From the start, it’s more than apparent that Britah has immense vocal talent – there’s no denying that. However, I couldn’t help but think it’s almost going to waste with such boring music. No, it’s not “fall-asleep-standing-up” kind of boring, but it’s so plain. “Roaring Sea” features zero percussion, a few guitar notes, a couple ambient keyboard notes and Britah’s voice. It’s tragic to me that while she sounds so good, I’m just not into this kind of tune.

“Heartbreaker” brings some variety to the album, being the most upbeat of the bunch, and most likely to hit an indie pop satellite radio station. “The Mystery” is intriguing for a verse or two, and has some horn arrangements to spice things up. It makes it bearable, but it’s not something I’ll ever find myself actively listening to. The rest of the tracks? All quite similar sounding. There’s no catchiness. There’s no outstanding track. There’s just that angelic voice, calling out to me and telling me to keep listening to complete this review.

I can’t say I’m a fan of Britah’s musical creations, and I don’t think it’s the worst album I’ve listened to this year – far from. Yet it’s less than memorable. It’ll likely fall to the pits of my iTunes library until I remember to delete it and free up some hard drive space. It’s unfortunate. If she ever becomes a little more lively with future releases, I promise I’ll give this angelic Swede another try. She deserves that much at the very least. 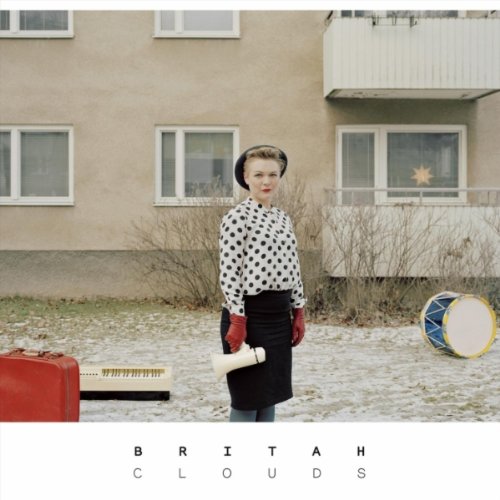