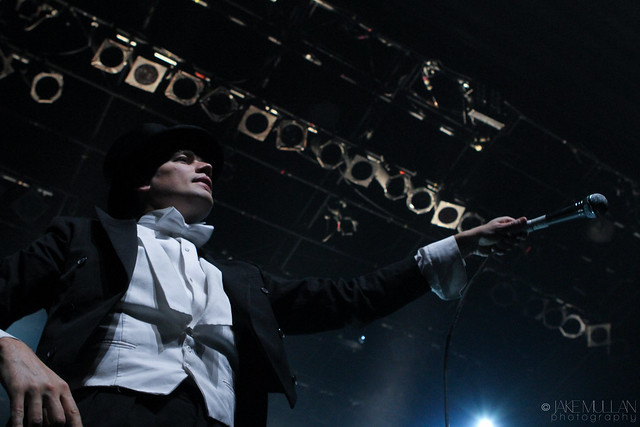 Live performance is a skill I have seen very few bands master. Sure, I come on here a lot and post up some pictures, and often I tell you just how good a band is. I urge you to see a band – not because they’re perfect live, but because they’re darn good. Today, I’m going to preach to you that The Hives are one of the best live bands out there. 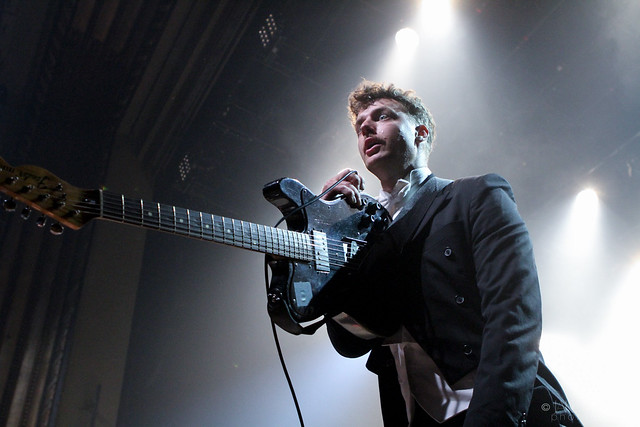 The Swedes decided to hit some east coast cities in North America before they pack up and play some more festivals in Europe. It’s been four years since they hit up Montreal, and the turn out for their show was superb. Howlin’ Pelle Almqvist and company walked on stage, sporting their formal attire with matching top hats. They wasted very little time and opened up with “Try It Again.” They had me singing along while I snapped my pictures, and they had the kids in the pit moshing and dancing away. 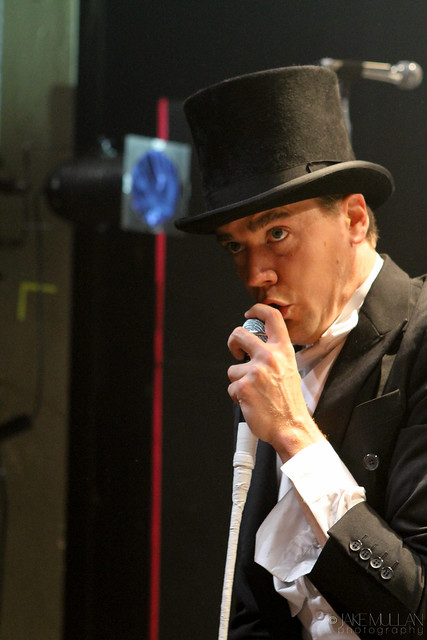 They had a very short setlist: only sixteen songs, most of them lasting less than three minutes, and the majority of them off the new album. “Take Back the Toys” and “1000 Answers” proved to be incredibly for fun for everyone, as the crowd didn’t seem to mind the group shelling out new material. However, the very talkative Per Almqvist (Howlin’ Pelle’s real name) did ask them for their input, “Do you want to hear a new song or an old song?” To which the crowd responded with “old!” 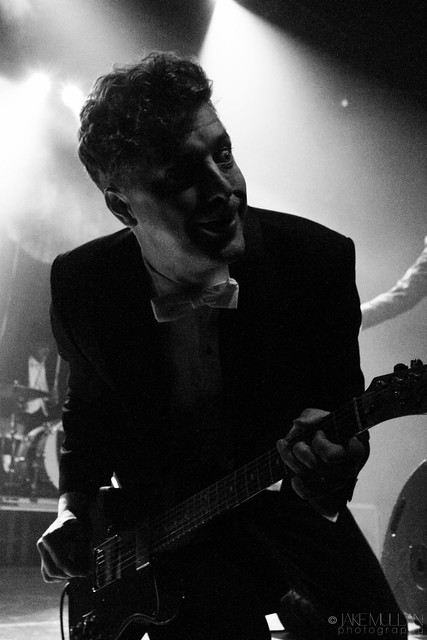 To which he replied, “Fuck you, you’re old! This is new, unlike all you who just said ‘old.'” He also took a swig of beer at one point in the show, looked at the bottle and asked, “Corona Extra? Is that a Canadian specialty?” He’s absolutely hilarious and knows how to entertain between songs. And while his French isn’t perfect, as he referred to “Tick Tick Boom” as a song from the year 10,000 (dix mille – not deux mille), he had the Montreal crowd cheering at every French sentence. Did I mention that their stagehands are dressed up as ninjas for no good reason? Yeah, don’t ask. 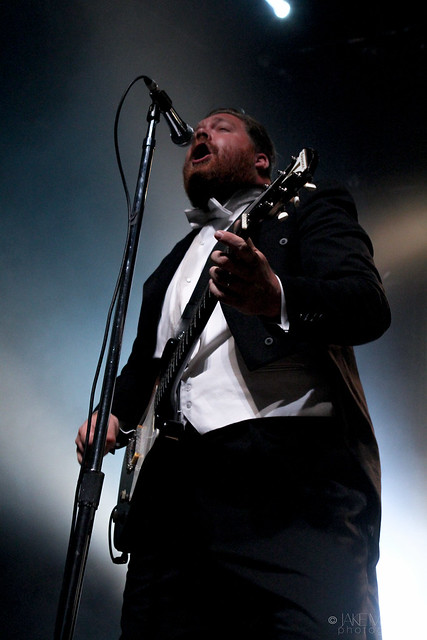 Did “Tick Tick Boom” and “Hate To Say I Told You So” sound good? Really? What do you think? Awesome. It’s not one single song that makes The Hives so good – it’s the way they move around stage, how Pelle twirls and tosses his mic all over the place, how Nicholaus has this crazy demonic look on his face when he strums his guitar, how Chris is constantly throwing out his drumsticks to the crowd, and how the formal attire slowly becomes a sweaty mess of white dress shirts. You can plainly see that they give it their absolute all every single night. The Hives don’t look at their live shows as something they have to do to make a buck. No, to them, it’s not a job. It’s a passion and love for the stage, and for the crowd that they feed off of.

Setlist: The Hives at Metropolis in Montreal, Qc