Indie rock outfit Time and Space Society’s 2012 album Welcome Inside My Head, is the bands first release since its 2007 debut. Once again utilizing English lyrics, the Hamburg/Berlin-based band completed an intimate album about the inner workings of the mind, one that chronicles the quick progression from happiness to sadness, confidence to self consciousness. Opening with “White Lights,” the album begins with a buoyant track that acts as a nice introduction to front man Claas Hoffman’s gaudy voice and Time and Space’s guitar-driven rock. With a whistled opener and a barrage of drum and bass, the song is fully realized with catchy guitar riffs and the repeated use of the line “White light inside everything.”

As Welcome Inside My Head evolves its sound becomes softer and slower, but its tone subsequently becomes darker while offering an introspective view of the human through process. “Castle In the Cloud” discusses an ideal state of mind, one that’s clean and clutter free, as Hoffman begs the questions, “What’s all this rubbish in your suitcase?” and commands listeners to throw everything away. The tone begins to shift during “Paradise,” which offers a more realistic view into the band’s seemingly unaffected thoughts. On top of quick-paced guitar riffs, Hoffman claims “In my personel parallel universe nothing hurts” before admitting “In my personal parallel country side I can hide,” ultimately suggesting an artificial facade of peace of mind.

The album reaches a low point in “I Cant’ Sleep,” as Hoffman points to the addictive self-medicating habits people adopt to relax and feel good. Between the grinding sound of slow, reverberating guitars he lists the harmful things people use to fall asleep, including alcohol and cigarettes, in a self-deprecating manner. The album closes with feelings of self-doubt and the feeling of crashing down into reality after blissful ignorance, literally repeating “come down, come down, come down” and alluding to the highs and lows of drug use and life. Despite the angry tone that Welcome Inside My Head ends on, Time and Space Society offers an accurate illustration of the mind and how quickly human emotions shift from one to the next. 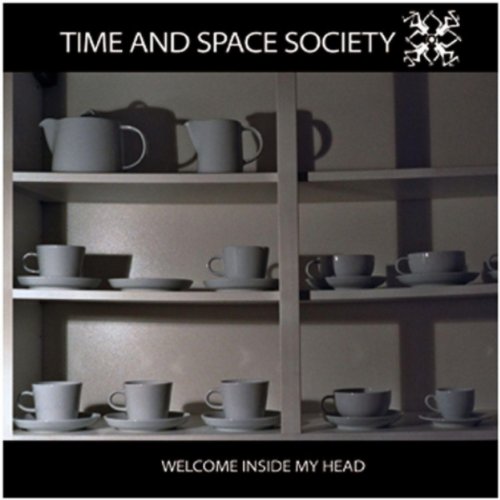