I wish I could just be BFF’s with every up-and-coming young artist on the scene, I really do. But at the end of the day, I’m just like you, or at least some of the poor bastards you know: I’ve got a job to do. I don’t earn my ridiculous canvas bags of money with dollar signs on them from being nice, I earn them from being honest (not to be confused with the money that gets tucked in my my man-thong at night– that money comes from being nice). So with honesty in mind, I guess I should probably just get to the sublimely “blah” album by Teen Daze that I’m supposed to review, huh? Alright then, here goes…

Teen Daze is a digitally composed electronic band based out of Vancouver that has been cultivating a young cult-crowd since 2010. I’m not sure whether we’re supposed to actually know this or not, but Teen Daze is composed solely of a young fellow by the name of Jameson. Jameson has been pushing his upbeat digital delights to the ears of listeners via viral media streams, and after a string of successful re-mixes, singles, and digital EP’s that fared quite well under a guerilla marketing formula, he has finally done his loyal corner of listeners the favor of acquiring a label and putting forth his first full length LP, All of Us, Together.

Teen Dazes’ self-proclaimed thesis is to evoke an auditory “Utopia” of sorts in the music, and if that doesn’t sound un-challenging or naive enough for you, wait till you hear about the loosely founded album concept. All of Us, Together is supposedly inspired by “Out of the Silent Planet,” a science fiction novel from C.S. Lewis’ famed Space Trilogy. As a fan of the trilogy, I was thrilled to find this out, but after actually listening to the album I quickly became convinced that Teen Daze has borrowed some tricks from his Teen Days, in not only skipping the cliff notes for Out of the Silent Planet, but basing an entire LP off of the utopian illustrations of the books cover. Did Jameson simply miss that the premise of the book is about a man being drugged and kidnapped by aliens for sacrifice? He must have skimmed past that minor thematic detail, along with the contradictions, intrigue, and excitement of the book that never translated into All of Us, Together’s infinitely droll, happy-go-lucky sound.

Jameson sophomorically claims that All of Us, Together is meant to be “…synthetic, yet inviting- this is futuristic music with a heart.” Replace the word ‘synthetic’ with electric, and ‘inviting’ with happy, and you’ll arrive at  All of Us, Together. Much of the albums style borrows from a somewhat dated sub-genre of electronic music known as “chillwave,” employing rudimentary sampling techniques, repetition, processed synthesizers, and a spacious ambient backdrop. Unlike some of the more compelling chillwave music though, you won’t find a single song on this album that is danceable. This supposed “futuristic music with a heart” is severely lacking a soul, and as an attempt toward anything meant to sound futuristic, I can’t help but wonder why I feel like I’m listening to slow-building ambient trance from the wake of electronica.

I’m generally inclined to turn lemons into lemonade when listening to music, but I didn’t even reach a head-bobbing moment until the 7th track on the album. At one point, I walked off to take a pee, and when I came back I couldn’t tell how many songs had passed. These are general symptoms of highly uninteresting electronica compositions, and given the short but accelerated history of this captivating genre thus forth, I don’t think there is room for artists to not be inventive. If you happen to have a hefty bag filled with hallucinogens at hand, All of Us, Together might hit the spot just right. If not, I’m hard pressed to find anything worthwhile going on while wandering through Jameson’s relatively monotonous soundscapes. I don’t need electronic compositions to be complex for me to enjoy them, but I need them to be compelling enough to keep me interested. All of Us, Together falls short of this mark, and I highly doubt I’m the only one that hopes Teen Daze works towards a utopian vision that is a little less sleepy in the future. 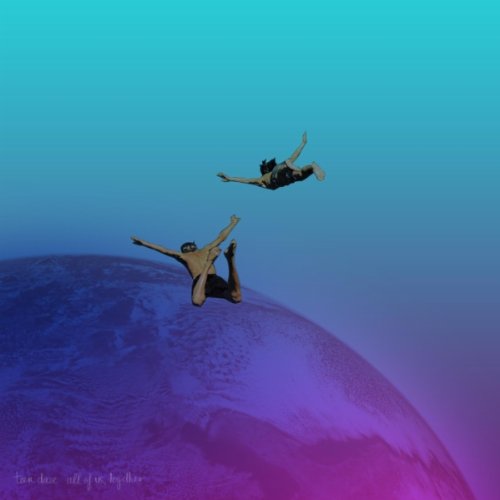