When assigned to review this EP, Google directed me directly to Diplo’s “Express Yourself” music video. The video features a plethora of people, mostly women, shaking their ass in some ghetto. Some of them even do handstands while booty-clapping, which I didn’t think was physically possible. Couple this imagery with fast-paced EDM beats, and it’s oddly enthralling. Putting the clapping ass cheeks aside, I’ve got an EP review to do:

Diplo’s Express Yourself EP is a six-track multi-genre creation from the Philly producer who flies a little more under the radar than EDM’s bigger names. He recently collaborated with Usher to produce “Climax,” and has also worked with Tiësto and Skrillex before. He’s no newcomer to the scene, obviously, and this EP shows it. Diplo’s got featured artists all over this track, including vocalists like Nicky Da B, Sabi (of “You Make Me Feel…” by Cobra Starship fame), and My Name is Kay, as well as producers like Datsik.

The title track provides a clapping, wubbing beat that deserves such an aforementioned enthralling video. Nicky Da B provides the incredibly sporadic rapping vocals, empowering us all to “express ourselves.” The following track, “Barely Standing (feat. Datsik & Sabi)” gives us what anyone would expect from two dubstep icon: a massive Americanized drop. I have no gripes with either of these tunes, as they’re produced incredibly well and aren’t overly noisy and musically incomprehensible. Choice track: “Set It Off (feat. Lazerdisk Party Sex)” builds up and goes into a moombathon-esque breakdown. It’s incredibly fun, quick, and genre-encompassing. 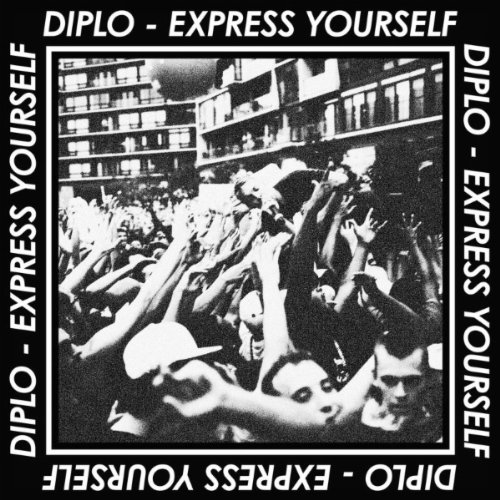