DZ Deathrays are the heshed out, dynamic duo of party rockers Simon Ridley and Shane Parsons from Brisbane, Australia. Early punk, thrash and noise are very apparent in the band’s influences, however their progressive use of guitar effects and changes in vocal styles create an evolving sound all in their own. Formed in 2008 there is little known about the origins of Deathrays, other than their own self-proclaimed feat of, “Starting out at house parties and most likely ending at one.”

On their latest release and first full-length album titled “Bloodstreams,” DZ Deathrays get straight to the point. Combining their signature crunchy guitar riffs with extremely stompable rhythms, the album picks up quickly starting off with “Teenage Kickstarts,” a high-energy song containing the album’s title in the lyrics (“Kickstarts in your bloodstream”). From there the rockers take it down a notch with the highly observational, “Dollar Chills,” which happens to be my the standout track on the record. The combination of droning guitar effects, vocal howling and clarity in the message, “…the only thing that people like you ever know, is how to be someone else” is my most revered example of what this band is capable of.

From there “Bloodstreams” continues on it’s roller coaster of sonic exploration through the realms of adrenaline fueled marching, special effects, vocal dynamics and intellectually catchy lyrics. The album even ends with a surprisingly very danceable hip-hop revision of “Dumb-it-Down.”

Overall “Bloodstreams,” by DZ Deathrays is an outstanding album with surprises lurking around each corner. There are hints of Rage Against the Machine, Motley Crue and even Turbonegro to name a few. So sit back, turn your stereo up to eleven and be prepared to bang your head. 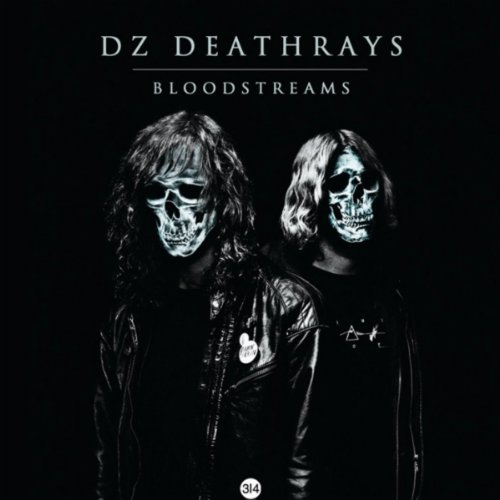