Reviewing an album without letting preconceived notions become an influence can be a challenge. Especially since I saw The Royal Concept perform their self-titled EP in its entirety just over a week ago. The dance rock quarter from Sweden knocked my socks off at the 2012 New Music Seminar’s Opening Night Party, but did that charisma and energy translate to their debut EP?

In a word…absolutely. The five-song album brings ‘80s influences—synthesizers, drum pads—into the 21st century with skilled instrument work and strong vocals. The Royal Concept comes out swinging on the opening track “Gimme Twice” with a hard-hitting bass line that has you nodding your head to the beat before the first verse even starts.

When their songs could become overly elaborate and muddled, The Royal Concept expertly know when to pull back and remind their audience that at their core, they are talented musicians. “D-D-Dance,” a summer anthem if I’ve ever heard one, focuses mainly on a cheery, bombastic chorus and truncated guitar riffs and sparse drumbeats during the verses. Middle track “Knocked Up” brings into play a number of their greatest tricks—intricate plucking, synthesized pick slides—but goes back to basics on the chorus, backing the lead singer with subtle guitar and drum work that allow the vocals to stand out.

The track order of the EP left me scratching my head a bit. Concluding the album with “In the End,” the slowest song of the set, is an interesting choice. It seems counterintuitive for a record that, until to that point, had wanted to make people dance and have fun sends its listeners off with the downtempo melancholy of a modernized ‘80s ballad, synthesized vocals and all. “In the End” isn’t a bad song. It’s surprisingly heartfelt and executed well, but especially coming off the heels of “D-D-Dance,” arguably the EP’s highest energy track, it feels anticlimactic as a closing statement after four songs of vociferous build-up.

The Royal Concept’s self-titled EP is a strong debut. Technically speaking, they show awesome musicality and understanding of their style, but put simply, they make great dance music and they seems to have a great time doing it. While The Royal Concept may not be reinventing the wheel, they’re certainly adding hydraulics to it. 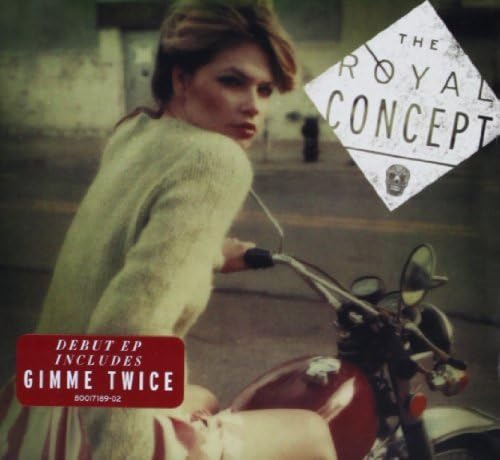