In the shoegaze, dream pop world, DIIV‘s debut release, Oshin, has potential to be considered a solid and pretty likeable album. The band follows a similar path as its predecessors of the genre, leaning slightly to a similar style as The Cure and Sonic Youth. But as one delves deeper and deeper into the album, the line has a tendency to blur from one song to the next, making the difference between the first and the last tracks virtually indiscernible.

Beach Fossils guitarist Zachary Cole Smith started DIIV as a solo project in 2011 but soon recruited former Smith Westerns drummer Colby Hewitt, guitarist Andrew Bailey and bassist Devin Ruben Perez. The band was originally called Dive, but in May of this year changed its name to DIIV “out of respect for Dirk Ivens and the original Dive,” says Smith.

The vocals on Oshin are minimal and the lyrics that exist are hard to decipher. Sometimes it’s difficult to tell whether Smith is actually saying something or if he is just singing along to the melody. The effects pedals play a huge role in each track as does the heavy reverb of Smith’s voice. This all meshes together quite nicely but after the first few songs a very familiar pattern has taken place. “Wait” and “(Druun Pt. II)” are two stand-out tracks on the LP that show more complexity than the rest.

A friend mentioned to me that DIIV’s music has a hypnotic quality to it. A pretty accurate statement. Oshin is indeed very dreamy. It has the ability to put you in a state where you can tune out everything around you and soak into whatever is playing. The bigger picture however shows this to be a fairly one-dimensional album. Sadly, Oshin lacks the depth that could make it a stand-out recording. 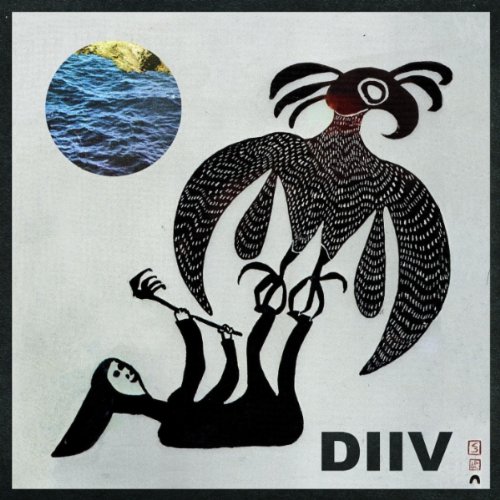