My introduction to drum & bass began about two years ago when I was over at my friend’s house. He’s a guy who’s really into the EDM scene, but has never gone to a show, dropped drugs to enhance his experience, and just obsesses over classifying each song he comes across into a genre. Yeah, he’s strange. I’m kind of the same way, and I’m thankful for the introduction he gave me, as I can fully appreciate Netsky’s 2 LP.

The feeling I get from this Netsky release is near radio-friendly. I mean, let me put it this way – Adult Contemporary / Top 40 stations here in Montreal have been playing a lot more EDM than I’d ever expect to hear. I heard Deadmau5’s “The Veldt” on an AC station just the other day, and it took me aback (even though it was followed by some Rod Stewart). When I first heard the “The Whistle Song,” I instantly thought that Netsky could send this out to FM radio stations, and they’d actually play it. Is this a bad thing? No. It may stray from the typical rhythmic DnB style at times, and sticks to a more poppy and upbeat attitude, but it’s still within Netsky’s field of expertise. And it’s a seriously good track.

Does this mean you could hear every track on a Top 40 station? Probably not, as Netsky still stays true to his DnB roots, but tends to incorporate more and more from electro house and electronica with this release. “Give & Take” is a prime example of this, with quick beat and sharp breakdowns, “Get Away From Me” is treble-infused, and “911” is bass-heavy. So fret not – you aren’t purchasing a Belgian pop album here, it’s still Netsky.

What you’re getting with 2 is a grab-bag of sorts: it’s Netsky sampling the genres that encompass DnB, adding in some funky elements to the aptly named “Jetlag Funk,” and then going back to what he does best with “Love is Gone.” It’s quite an album, filled with fifteen tracks that will impress skeptics like myself. Turn up the treble – turn up the bass – and speed down the autobahn with this on at full blast. It’s a guaranteed good ride. 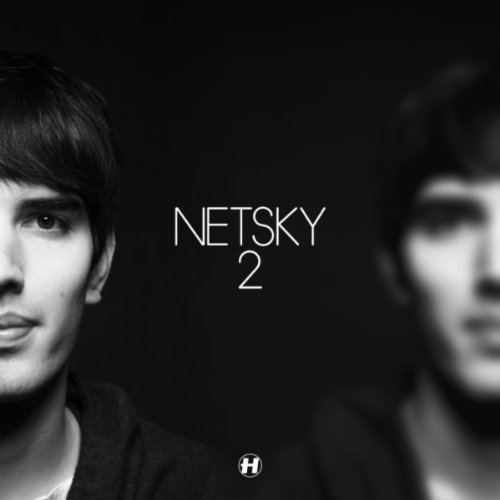