Don’t be put off by the strange title of Steve Poltz’s newest record, Noineen Noiny Noin. The 2012 album is a dyamic two-disc effort that explores human emotions with a tone that matches the quirkiness of its odd title. Poltz takes listeners on an 18-track journey that criss-crosses between genres while staying true to his indie folk/rock sound.

The first track of the album introduces the chaos of the songs to come. “Spirit Hands” describes a reverse coming of age story in which Poltz loses himself after already having found himself once before. Instead of reveling in the confusion of life, Poltz proclaims, “Let me dance in a room full of crazy,” and finds breezy reassurance in “I Pray It Never Comes to This.” The vibe in “Dreams 23,” a lullaby about longing for sleep, is creepy yet sweet (a la Devendra Banhart) while the track that follows, “Sucker Punch,” has an upbeat and rockabilly/country feel. The last track of the first disc captures the tongue-in-cheek tone of the album, with lyrics like “I like to watch others lovin’ with mothers,” while it also captures the other side of the spectrum, offering insight into Poltz’s introspective notions of doubt: “I think I’m a fraud, not sure if I believe in God.”

Disc two opens with “Killin’ Myself to Be With You,” a campy love song that Poltz pulls off with a short whistled interlude and lyrics like, “My pants are on fire, I’m full of desire.”  The track reintroduces the buoyant feelings created at the start of disc one, though the better portion of disc two goes along with the pensive tone found in disc one’s final track. While this second half holds many contemplative ideas, Poltz’s rawest moment comes in “Medical Career,” a track composed solely of his whispered voice and simple acoustic guitar. As he imagines his life had he not become an artist, Poltz examines the very human emotions of fear and sadness within the chaos of the world while finding solace in the universal nature of human nature.

With unpretentious vocals and playful instrumentation, Poltz has created a vibrant album so eclectic and quirky that its questionable title can be forgiven. The album inspires without giving into cliches, and it examines humans and the world we live in through multi-colored lenses that tell interwoven stories of excitement, boredom, fear and love. 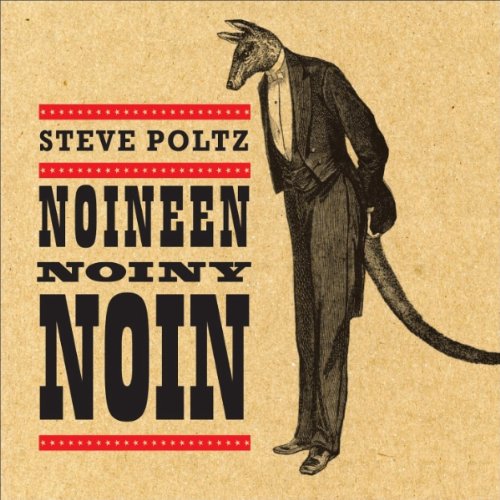