The problem, if you could call it that, with having a distinctive melodic signature, is that it is immediately recognizable even when the music is supposed to be someone else’s.  Black Keys frontman Dan Auerbach has produced all three of Hacienda’s albums and his influence is very evident in the track selection, seeing as he cowrote many of them. Big bass drumkicks, profound guitar riffs and medium-fast tempos blur nine of the ten offerings on their third release. Radio-ready, Veronica, Don’t Turn Out The Light and You Just Don’t Know are catchy tunes with weak lyrics, obviously meant for listeners who don’t care to have their music do anything for them except make ‘em feel good driving around with the top down.

If I had a favorite, Don’t You Ever (lots of ‘don’ts on this) would be it mostly because the tune is a little different (meaning, not a rehash of a Black Keys arrangement) and the lyrics seemed to come from the writer’s personal experience instead of some jingle-writing software. It’s a little more bluesy and less poppy and might fit well into an Indie/Alt radio station’s rotation.

Pilot In The Sky, the closing track is deliberate and thoughtful, buzzy cymbals and a nice piano in a sharp key and the vocals are subdued and scrubbed. I’d love it if there were more of this kind of effort, to really draw a line between what Hacienda could be and what looks like them trying to ride on the Leys popularity. They are a talented bunch and Abraham Vilanueva’s vocals have the strength and range for much more complex arrangements.   Hopefully there is a fourth album in the future, once they come off their tour and perhaps then they might be able to wean themselves away from being mini-Keys. 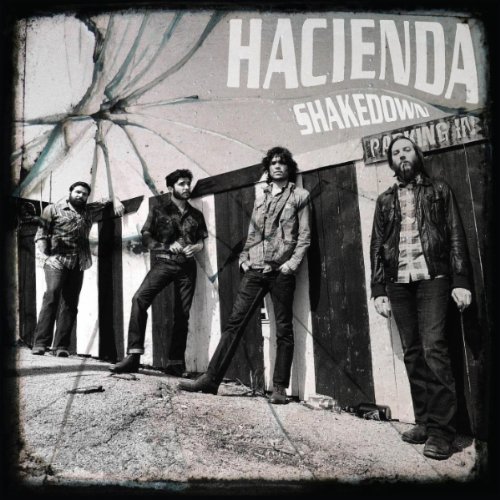