Melbourne’s Husky, a four piece indie quartet rooted in classic pop, dropped their breakout album “Forever So” on July 10, ushering in a fan base arcing from California all the way to Australia, their home. The band signed to the Sub Pop label- the guys who launched Nirvana’s career- in 2011, finding their strengths in stirring live performances and the provocative, emotional nature of their creations.

“Forever So” is, in all seriousness, a craft the foursome hacked together in a bungalow in lead vocalist Husky Gawenda’s backyard. After mingling their mutual love for classic pop bands like the Beach Boys and Crosby Stills & Nash, Husky labored out a fledgling album of earnest intention and nostalgic eminence, leading them to an array of sold out tour dates and sidelines with big names like Devendra Banhart and new chart-topper Gotye.

The delicate layers of sound on this album make it an intriguing listen with an almost ghostly feel. Gawenda explains that it “recalls times gone by, dreams, and people who no longer exist in your life but exist in your memory.” That being said, don’t expect any run-of-the mill, shuffle-inducing acoustic humming, because the gentle percussions and light use of brass yield a sound that is best described as a melancholy version of the Fleet Foxes. Gawenda’s raw, unique voice shudders a breathy intimacy in every note, adding to the album’s ominous sincerity.

It opens up with Tidal Wave, an organically indie track lacking any outstanding quality save for Gawenda’s looping vocals that seem to stroke the eardrums. Fake Moustache is a quirky, slightly more poppy offering that falters slightly in it’s core, leaving an awkward gap in the otherwise smooth flow of its melody. History’s Door is the standout track that swept Husky into their first footsteps toward fame, and as the album progresses it seems to concave internally, wrapping up with Farewell in 3 Parts, a tingling, Bon-Iver-esque track that would seem directionless on its own.

To truly appreciate this album’s youthful beauty, you have to give it a full listen in the order intended. “Forever So” is patchy yet flows undeterred, at times flaring up with an angst that croons through Gawenda’s lyrics and the occasional psychedelic sidearm. For a debut piece, it displays every ounce of sweat that the group drove into it’s composition, as it should. You can’t expect a gem of an album from Husky yet, but hopefully the passion that emanates from their first work of art won’t get lost amidst the long months of touring. 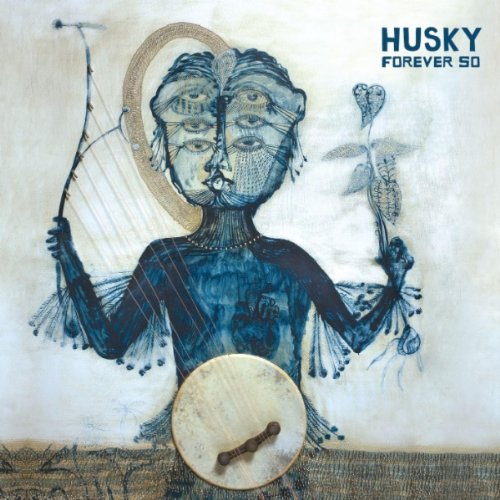