Joseph Mulhollen serves up an interesting trick at the beginning of his new album. The stylistic shift between the first two tracks sets the tone for the rest of the album in all its essentials. The ne0/alternative folk musings of the first track, ‘Back to the Cave’, give way to the guitar driven indie pop of track two, ‘A Motley Procession’. What unifies them is Joseph’s singing style, which is highly lyrical in its melodic content. The first time I listened, I was a little disappointed in the turn taken by track two; this is primarily due to the fragile simplicity of the first track. There was something about the construction of track two that played off as somewhat cumbersome. Then I heard track three, ‘Janus’, and things began to make more sense. This track plays out to me as practically being a fusion of the first two tracks; maybe it’s the glockenspiel. So it went.

Originally hailing from Buffalo, NY, he has relocated to Baltimore, MD; this bit of information was nicely provided by his FB page. This album served as my introduction to his musical universe; while it’s not totally my style, I can definitely get behind it anyway, due to the combination of the songwriting, the arranging, and Joseph’s vocal delivery; his vocals crackle with emotion and a solid sense of intonation, and the vocal line is actually a unified melody.

Along the way, many tiny nuances add to the proceedings and seem to indicate that the album was conceived as a single unit, and not just a collection of well-crafted songs that were strung together.

One of those instances occurs in the transition from track 4 to track 5. The tonal distortion that occurs at the end of track somehow adds more punch to the gentle arpeggiation that opens ‘In the Dirt’, the 5th track. Another of those moments is the entry of the keyboard part in ‘Garbage’. The broadening of the rhythm that occurs during the first iteration heightens the impact of the whole thing. Later embellishments intensify the moment.

The most impressive moment, at least for me, occurs sometime after the 2 minute mark during ‘Lion in a Headlock’. At that moment, a lot of energy bursts forth, and the effect is truly compelling. Considering the lush quality of the guitar production matched with the development of the strings at the beginning of the track, the end result is really engaging. I imagine that, given the right acoustics, this music would translate incredibly well in a live setting. 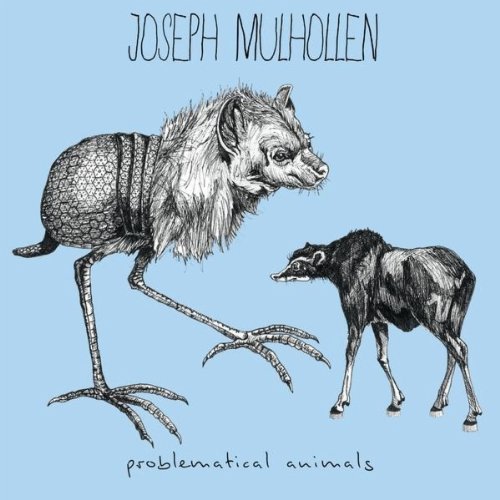