The four Londoners in the post-punk band The Vaccines turned the volume up for their band’s new EP, No Hope. A four track effort, the EP is a straight forward and raw effort that includes two live versions of the title track. “No Hope” is a critique of the self-centered mentality of adolescents growing up, trying to figure out who they are and not giving a damn about anything else besides themselves. If you don’t recognize this phase in your life, you’re still in it! The Vaccines have a hit home on a universally relevant theme, one that goes beyond age and rather focuses on the human condition of pessimism. While the band describes teenage angst (“I don’t really care about anybody else when i don’t have my own life figured out), “No Hope” is backed by sarcasm and satire and carried by catchy guitar and imperfect vocals that make the studio version just as natural and unprocessed as the recording from Brighton and demo that act as track three and four, respectively.

Lead singer Justin Young hands the vocals over to bassist Árni Hjörvar for the b-side titled, “Blow Your Mind.” The track is the first product of a series of singles/EP by The Vaccines that will offer a b-side written and sung by a different member of the band. Ushered in with a snappy riff and a semi-muted scream, the song is fully realized by Hjörvar deep vocals, which toughen up the song’s playful lyrics (“I know your kind but darling I will blow your mind.”) A little over two minutes long, the song is a fun take on the debauchery of romantic endeavors that takes The Vaccines from a post-punk to an edgier punk rock sound.

If this EP is a taste of The Vaccines’ sophomore album, due to be released later this year, we can expect a record that is catchy, concise and somewhat restless in an untroubled way. The Vaccines sounds gutsier on No Hope, and managed to roughen its sound without losing its initial charm. 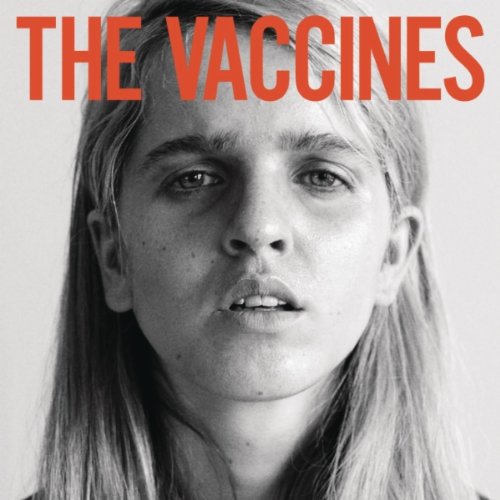