Serj Tankian, the lead singer of System of a Down, has one of the most notable and recognizable voices in rock music today, and he puts it to good use on his third solo album, “Harakiri.” A showcase of lyrical and musical composition, the album proves once again that Tankian has the skill and ability to stand on his own.

Tankian could easily rely on his hard rock roots and produce a fine, solid album. But instead he’s constantly moving forward, grounding the experimental and unconventional music risks he takes in his consistently unique voice and solid hard rock background. On “Forget Me Knot,” Tankian gentles his approach, letting the track unfold slowly with a soft piano intro and surprisingly subdued, deep vocals.

Tankian’s voice is his strongest and most versatile instrument. No matter how radical the backing music, his invariably distinct lead vocals give the listener something familiar to hang on to as he leads them, well, pretty much wherever he wants.

While the political messages of “Harakiri” run the risk of being perceived as preachy—Tankian declares that he “[abhors] the whore who calls herself reality, reality TV” on “Reality TV” and that “without an education there is only hypocrisy” on “Uneducated Democracy”—the album instead has an overall positive, upbeat vibe, choosing to inspire and pump up its audience instead of scolding it. It’s not often that hard, progressive rock songs are considered catchy and anthemic, but Tankian doesn’t accept that convention. If you don’t walk away from the deluxe version of the record nodding your head to the bonus track “Tyrant’s Gratitude,” there may not be much hope for you.

Like any good political commentator, Tankian finds power in the controversial. He uses, possibly too often, shocking lyrics to grab the audience’s attention and create an emotional response. On “Butterfly,” Tankian asserts that “we are being sodomized by repetitions” and chants “nipples, tongues, testicles, cheeks” intermittently throughout “Reality TV.” The cheap, obvious attempts at eliciting a response undermine the creativity and depth that the rest of the album has.

With “Harakiri,” Tankian has crafted an album that, while strongly rock-based and influenced, is the type of record that you feel you’re doing a disservice to if you try to force it into a genre-shaped box. It’s vibrant, rich and undeniably Serj Tankian. 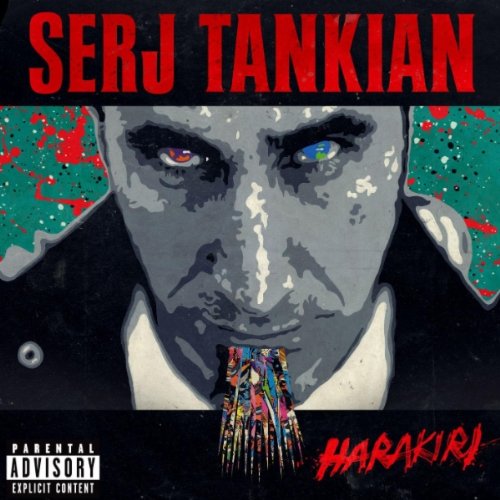