It is probably no secret that most folks are in the market to have a little fun this summer. Well friends, Zac Brown Band is here to provide the good-times soundtrack to accompany your summer merriment. Staying true to the creed of unofficial party spokesmen Jimmy Buffett and Kenny Chesney, Zac Brown Band’s infectiously happy third studio release, Uncaged, reeks of reefer, ice-cold mass produced beer and beach parties.

Those familiar with the band know ZBB covers a wide range of styles. Their knack of bringing country, rock and jam-band fans together for a spectacularly live show has resulted in ZBB selling out large venues across the country. And it appears their hard working, blue collar approach to touring is finally paying off. The band is scheduled for their first appearance at Madison Square Garden in November.

“Jump Right In” ‘s conga-line-at-Margaritaville flare is an apropos opener for this energetic record. The title track, “Uncaged,” keeps ZBB’s ball of positivity rolling along with fiery dual-guitar action and impressive harmonies. And of course, what would a ZBB album be without a palm tree swayer like “Island Song.” Brown sings, “…and I’m a roll one up, like my name is Bob. Yeah, I’m gonna party like a Jamaican.” A total cheeseball, reggae-soaked country tune (don’t forget to put on your cowboy hat and cut-off Corona t-shirt) that is destined to be a crowd favorite. “Overnight,” complete with tambourine and the impressive chops of Trombone Shorty, features a certain RnB swagger previously missing on the past two ZBB albums. You got to hand it to these boys, they sure know how to reach a wide audience.

It’s obvious Zac Brown Band plays music they are comfortable with. Uncaged is strong, but yearns for something more. The band currently has an impressive nine consecutive #1 hit singles and it doesn’t look like that streak will end soon. However, it would be interesting to hear the group temporarily abandon what they already do so well and explore more outside of their comfort zone. I suspect their fans wouldn’t mind it and they just may gather a new following along the way. 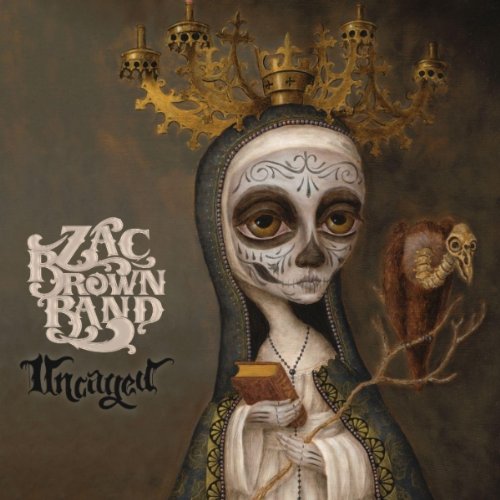