Striving for emotional depth but coming off contrived, London’s own 2:54 creates music that revels in redundancy. The brainchild of Hannah and Collette Thurlow, the album feels like it overreaches without actually trying all that hard. The end result is a plodding, mid-tempo affair that emotes in a way that rings false.

The first problem is that every track is roughly the same tempo. One or two mid-paced rockers would be fine; ten tracks at approximately 100 beats per minutes is downright coma inducing. On top of that is the fact that the songwriting itself doesn’t really change that much from track to track; atmospheric guitar washes imposed on repetitive eighth note basslines matched with uninspired drumbeats. Considering that the actual creation of the music is the exclusive domain of Hannah Thurlow, with Collette coming in after the demo process to flesh out the songs with lyrics and some musical input, the unasked question is if the addition of a third person in the mix would result in a more varied and interesting musical presentation.

The truly depressing part of this whole sorry state of affairs is that there are some interesting moments that get lost in all that mediocrity. Track 5, Scarlet, opens with a guitar part that possesses a Siamese Dream-era Smashing Pumpkins feel. When the rest of the band kicks in, it almost threatens to rock out. The strange thing is that it actually loses energy as it goes on, sinking under the weight of its own ponderousness. Track 3, Easy Undercover, contains a transition around the 2:30 mark that is actually quite interesting, eventually coming to rest on a single guitar part before crawling on to the end. The other two tracks that contain interesting moments are Circuitry and A Salute. Both make fairly effective use of guitar timbre; Circuitry utilizes this as a kind of atmospheric wash, a haze of guitar tone. A Salute actually contains a few timbral shifts, from mild distortion to a shimmering chorus-type effect, which does impart a type of drama to the whole thing.

As ever, the ponderous tempos and contrived emotionalism go a long way towards rendering these small bits of musical interest completely moot and ineffective. 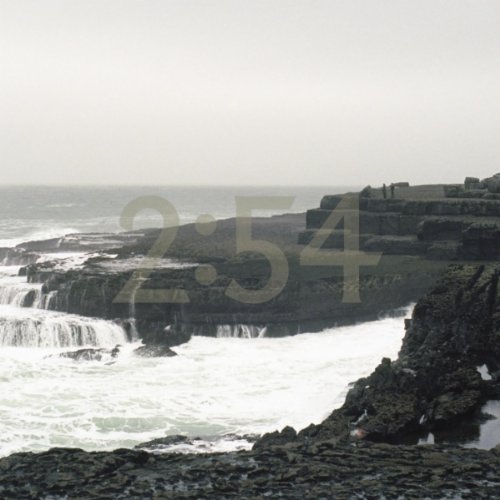 Three becomes four on Future of the Left’s third release The Plot Against Common Sense. Those three years after their second record Travels With Myself And Another saw an addition to their line-up expanding to a quartet. But that’s all, no need to worry. The group from Cardiff, Wales decide to stick with the same synth splashed, playful post-punk formula.

A lengthy 50-minute record, The Plot Against Common Sense, probably could do without 10 of its minutes although this is not to say that the album suffers due to this. In fact these are some of the best songs to be added to Future of the Left catalogue.

On tap are the keys of Andrew Falkous with the help of influential stylings from Devo, dramatic climbing guitars which churn and crunch through the highs and lows of each track. But with every album an artist is destined to grow and Future of the Left do just that. Their lyrics are well above par even stepping in the waters of excellence. Speaking of implausible celebrity tales with Falkous’ anger swooping as low as summer films and as high as frustration towards world leaders and society’s dismal state. His irritation is unmistakable on “Cosmo’s Ladder”; Falkous sings “I have seen into the future/Everyone is slightly older”.

Right off the bat Falkous hits the nail on the head with a stab to the marketers of indie music with “Sheena is a T-shirt Salesman”. What’s more is “Sorry Dad, I Was Late For the Riots” is the definition of excellence using his lyrical ingenuity to the fullest, “I’ll enjoy a beverage from my penthouse flat in Kensinton, and once again, I’ll run with the wolves”. Indisputably Future of the Left’s best to date, The Plot Against Common Sense may fall short when compared to Falkous’ Mclusky Do Dallas from the previous project, Mclusky. However, even though the standings and competition may have changed The Plot Against Common Sense is testament to the album’s power and Future of the Left’s fighting determination. 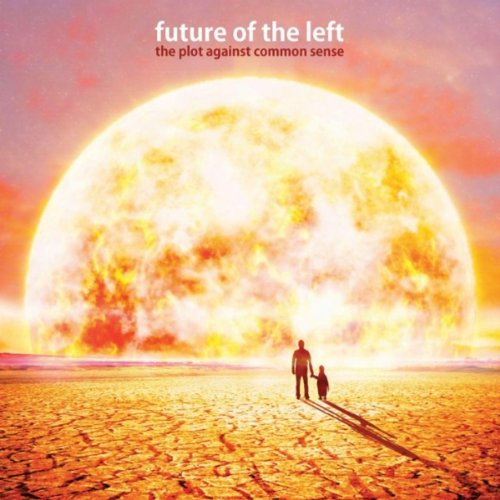 A lot can happen in a span of twenty five years. Communist superpowers can crumble beneath the weight of sheer, raw capitalism. The world’s most diverse nation can unite in the face of terrorism. LeBron James can win an NBA championship. Indeed, in the time since power pop outfit the dB’s last released a studio album, the world has undergone strange and wonderful changes, but the group seems to have retained much of its pop sensibility.

Falling Off The Sky, the dB’s first effort in over two decades and the first with the original lineup in three, harks back to its debut album, 1981’s Stands for Decibles, more than Repercussion, and the complementary jangling tones of Chris Stamey and Peter Holsapple hammer the speakers from the start. “That Time is Gone,” the album’s opener, begs us to, “Wake up, wake up, wake up” and belongs in the same garage rock family tree as ? and the Mysterians’ “96 Tears” and the Keggs’ “To Find Out” as well as a host of early Kinks and the Who singles.

Most of the tracks feature some kind of punk influence while holding onto the nuances that make listening to pop a generally less angry experience. Some songs, such as “The Adventures of Albatross and Doggerel” and “Collide-oOo-Scope,” seem to be amalgamations of two or more songs, with varying tempos and conflicting themes in lyrics. There are also elements of McCartneyan baroque pop, on tracks like “Far Away and Long Ago,” that test the musicality of the group and vary the overall feeling of the record enough to keep it interesting.

The dB’s became one of the most influential groups of 1980s and 90s alternative rock, exerting influence on bands like Yo La Tengo and R.E.M. With Falling Off The Sky, the dB’s take cues from the very bands they influenced, carrying the proverbial Olympic torch to new generations of power poppers. Many of the songs touch upon themes relevant to an aging rock group, but the dB’s’ return puts its longevity as a working unit at the forefront. With the final song on the album, “Remember,” the band seems to be rhetorically asking itself the question, “Remember thinking you could die?” 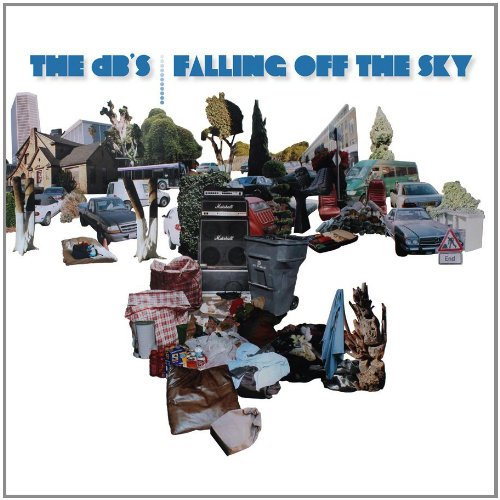