There’s more than one reason that Milo Greene listeners may initially believe that the five-piece band is actually just one musician. First of all, the group’s name itself, taken from the fictional manager band members Andrew Heringer, Robbie Arnett and Marlana Sheetz invented in their amateur days to boost publicity, implies one solo musician, hopefully named Milo. The misleading misnomer finds substantiation in the group’s effortless harmonies and consistently fluid melodies; its almost easier to believe that the masterfully polished self-titled album is the work of a single musician than that of five.

The album has an easiness to it that belies its number of makers. In any group, especially as the number of members rises, there are compromises, concessions that can drag down the overall quality of the final product. Fortunately, Milo Greene appears to be made up of five soul mates because their album contains none of these things. Even on the well meaning but grossly out of place “Moddison” and “Orpehus” interludes, Milo Greene goes all out, carefully choosing from their admittedly large arsenal of skills the perfectly nostalgic melody and harmonies that may allow you to question their motives for putting this song here, but never their talent.

When you learn that four out of five Milo Greene members were previously lead singers, their rich, flawless harmonies make sense. They all play their instruments skillfully and with purpose, from the tambourine on “Son My Son” that takes the song from a fairly generic folky pop track to a song you want to sing with your friends around a campfire to the muted but strong bass line of “What’s The Matter” that adds just a touch of ominousness. But, to be honest, its their complexly-arranged yet delicate-sounding four-part harmonies and the myriad of combos therein that elevate Milo Greene beyond other California surf-folk groups. On “Perfectly Aligned,” their vocals are…well…perfectly aligned, feeding into each other and enriching each other in a dreamy, minimalist round. And like any good pop group, Milo Greene’s catchy, cheerful tracks get stuck in your head for days, leaving you nodding your head and asking “What’s The Matter” to everyone in your path.

Hot summer nights, and even hotter summer days, almost demand to be experienced in the company of Milo Greene’s self-titled debut album.  Dreamy yet bright, every single track is a winner, the five members of the band displaying the skillset and musicality of a thousand Milo Greenes. 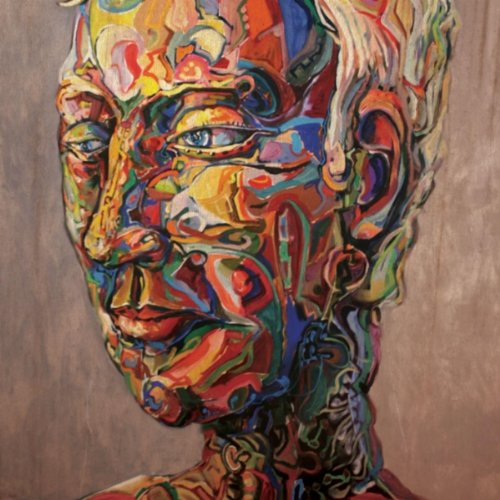