What constitutes your version of happiness? Does it involve a particular place or event? Is it centered around a certain person or group(s) of people? Is it tradition-based or more of a spontaneous nature?
In their latest album Idea Of Happiness, electropop band Van She takes listeners along for a ride as they reveal their own rather convincing ideas of happiness.

Hailing from Sydney, Australia, Van She formed in 2002 after the members met through friends. The band consists of quartet Nicholas Routledge on vocals/guitar, Matt Van Schie on bass guitars/vocals, Tomek Archer on drums/sequencer and Michael di Francesco on synth/guitar. The band went on to release their first self-titled EP in 2005. Van She’s popularity grew as they toured with the likes of Yeah Yeah Yeahs, Daft Punk and Phoenix, leading to the 2008 release of their first studio album titled V. A remixed EP version of V was then released in 2009 titled Ze Vemixes. The electropop/nu-gaze sound make for danceable 80’s inspired tunes with a modern twist.

Idea of Happiness—Van She’s second studio album—was released on July 10th 2012 by Modular Recordings. The fun and catchy title track is the album’s first single and was released on May 4th 2012. The single—if not the album as a whole—is well timed in that it perfectly embodies summer in all its glory. The album’s shoegaze, disco and 80s elements combined with themes of escape, vacation, dancing and love make for a dance-based beach party experience.

Tracks like “Jamaica” and “Coconuts” instantly trigger images of blue skies and sandy beaches while “Calypso” and “You’re My Rescue” could easily have made their home in 80s teen movie soundtracks. However, even the darker side of paradise can be explored through tracks like “Sarah” and “We Move On,” both of which reflect a moodier tone with their Depeche Mode-like vibes. “We Move On” might be the album’s most standout track in that it has an 80’s feel with an unexpected hint of dubstep.

With a style reminiscent of Chromeo and Miami Horror to name a few, it might be hard to resist these upbeat tunes. Regardless of one’s idea of happiness, Van She’s exploration on the matter is likely to seduce a variety of listeners pining for carefree, relaxed fun. “We’ve got so much time to think about yesterday,” says a lyric in the single “Idea of Happiness.” Perhaps this album may prove to be the soundtrack for some to eventually look back and do just that. 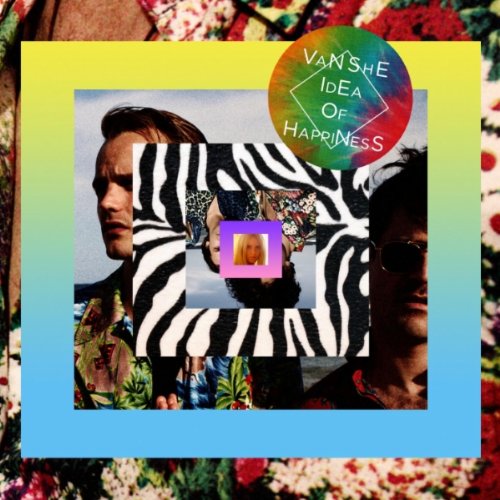