The sun shining. Cold beer in hand. Not a care in the world. Sounds like the dog days of summer, doesn’t it? Well that’s exactly what you get as you stroll through the relaxed acoustic packed, 12-track collection that is Mint Juleps. With two Juno nominations under his belt, Jeremy Fisher brings out his influence at the core of his folk-infused tunes, putting the spotlight on the epoch of the singer-songwriter.

But this is not to be taken literally; conversely Fisher is not stuck in this era. It acts to showcase the Canadian musician’s craft at unifying flawlessly his original songs with timeless classics. I dare you to try and guess which of the 12 songs on Fisher’s latest are new and which are covers. Go for it!

Any luck? Didn’t think so. Reason being, this Ottawa native is drenched with intuition, which has gifted him with lasting qualities of a sonic storyteller. This distinctive folk-pop formula profits him, providing a perfect sonic backdrop to express his eternal ingenuity as a balladeer. The result: winning over fans and music lovers alike.

This mix of 12 tracks features five fresh tracks and seven hand-picked covers from those he frequently plays at live shows. It wouldn’t be hard to guess Fisher’s home base, with the bilingual track “I Lost My Baby” (originally by Jean Leloup), which in my books definitely surpasses the cover. Next up is the cover from the 90s Canadian alt-rock band The Lowest of Low with “Bleed a Little Tonight”. In the same fashion, Fisher chooses to cover Gordon Lightfoot’s “Spin Spin”. Also covers are “Gone” (John Hiatt), “Canned Goods” (Greg Brown) and “Highway One” (Murray McLauchlan). And as aforementioned Fishers ingenuity magically blends these covers with his originals.

“Built to Last” boasts this country-vibe and good life that I was talking about. And what’s a folk album without a love song? “Tetris Song” features Fisher’s wittiness at comparing the Tetris block drop to a lover’s arrival. Authentic, summer, country-vibe could all be used to describe to composition of Mint Juleps. This could be credited to his recording of tracks straight from his seat on the studio floor. With Fisher saying, Mint Juleps best represents him as an independent musician and stage performer. 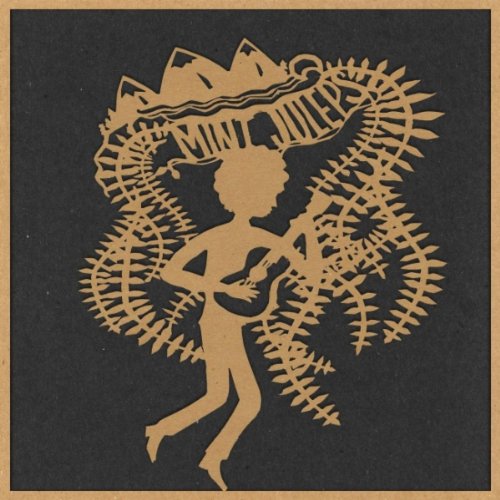