Kids, the 80s was a weird time. Boys were wearing makeup, girls had big hair and padded shoulders, everyone was putting powder up their nose, and computers, while a far cry from the dubstep phenomenon of today, were being used in recording for the first time. Bands like Joy Division, Depeche Mode, and New Order became popular for their somewhat melancholy take on life in England in the late 70s and early 80s. And they were hugely popular.

The Fixx has a history spanning over 3 decades, and they return this week with their original lineup and their first album in almost 10 years. Beautiful Friction is the bands 10th studio outing, and welcomes original bassist Dan K. Brown back to the pack for a decidedly British demonstration. For example, singer Cy Curnin sounds like U2’s Bono, and in the very next line displays a Bowie-esque quality.

The characteristic synth-pop prevails throughout the album, from their opening track and first single Anyone Else, to Small Thoughts, a soothing farewell that leaves you feeling good about your guilty little imagination. Take A Risk has that passion missing in so many modern rock and roll tracks of the last few years (listen to that riff for God’s sake!), and if they can capture even half of the energy displayed here in a live performance, it shows they’re a band worth seeing. It takes a breather with Second Time Around, before amping back up with Follow That Cab. A personal favourite is Something Ahead Of You, the imaginary soundtrack to a film noire directed by the late, great John Hughes.

The Fixx does not show their age on Beautiful Friction. Rather, they explore and celebrate new wave many years after its heyday. If there is a way to introduce new listeners to this style, The Fixx has it. 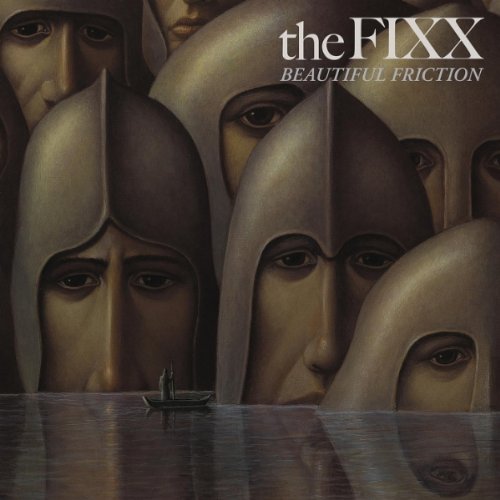