Friday at Osheaga was kind of a nightmare for me, and several regulars who have been attending this festival for a while. First off, I was denied photo pit access and my two DSLRs were reduced to paperweights. Second, I left halfway through the day due to an intense migraine or heat exhaustion or… something. This review would be more in-depth otherwise, and  I sincerely apologize for that. And third – it was the most packed day at Osheaga. Ever. Forty thousand people. The Montreal music festival has been around since 2006, and has grown every year. Last year was nearly a sellout crowd when Eminem decided to show up. And today, it actually sold out. 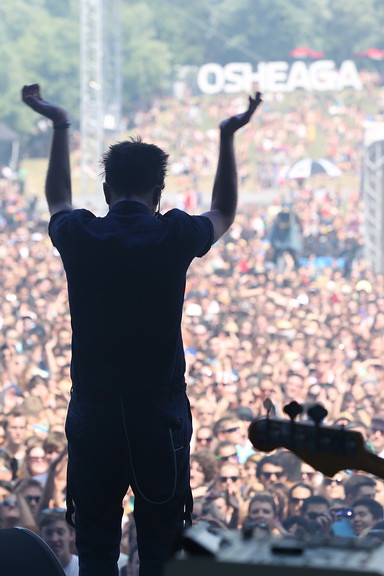 Fun. is probably one the best bands to book at a festival. Yes, they’ve gone mainstream with two radio hits, and perhaps they’re overplayed – but they’re just so damn fun, for lack of a better word. Nate Ruess kept the huge early crowd singing, clapping, and dancing throughout their set. Their electric opening with “One Foot” proves that they’re an amazing live talent, while “We Are Young” and “Some Nights” proved that they’ll be a success for years to come. Down With Webster was, uh, interesting. I stuck around for a couple songs as they had gathered a rather measly crowd. I suppose it wasn’t their “Time to Win.”

Icelandic phenoms Of Monsters and Men gathered a huge crowd over on the Green Stage. Like, huge. Near headliner huge. And they sounded amazing. “From Finner” had the crowd “la-la-la”-ing along, and “Little Talks” had everyone moving their feet. They aren’t all that active on stage, but I don’t think they need to be. After hearing some weird African/French stylings from Amadou & Miriam, I had to high tail it out of there before I passed out. The following is a consensus I got from my fellow festival goers and associates.

The Weeknd was in top notch form, despite all those whisperings months ago that he just sucked live. I heard he was better in the sunshine than in a dark club environment. He sounded sharp, soulful, and chill as ever. Though I’ve gotta ask – why the hell is the dude always wearing camo? That shit went out of style when I was six, didn’t it?

Wanna know who was apparently the best performance of the day? That redhead lady from across the pond: Florence + The Machine. At first, she had everyone put someone on their shoulders to start the set, and descended into some of her hits like “Dogs Days are Over,” “Shake It Out,” and “What the Water Gave Me.” She seems to be fully recovered from her recent vocal strain, and we’re happy to hear it. Over on the Tree Stage, I heard Montreal’s own Half Moon Run was pretty awesome. Give them a chance if they ever make their way to you.

Finally, there’s the matter of MGMT. Yes, they played “Time to Pretend.” And yes, they sung a bunch of songs off their sophomore album that I detest. There were glow sticks. There were a bunch of people on shrooms. No, they didn’t play “Kids.” And apparently, there are no pictures online of their performance. People left midway through the performance, and their overall setlist just didn’t have enough to keep the casual fans entertained. Their performance itself? Lackluster, or so I hear. Unrehearsed, and probably something you could enjoy if you were really high. Sigur Ros would’ve been a better choice to check out, so I hear.

“But Jake! What about Justice?”  said no one who visits this site.  I’m not gonna comment. I love Justice, and was thinking about coming back to the fest if I was well enough just to catch them. Some people say they can’t get over how amazing it was. Other say they were underwhelmed and were merely staring at a huge light-up cross all night. This is pretty accurate: 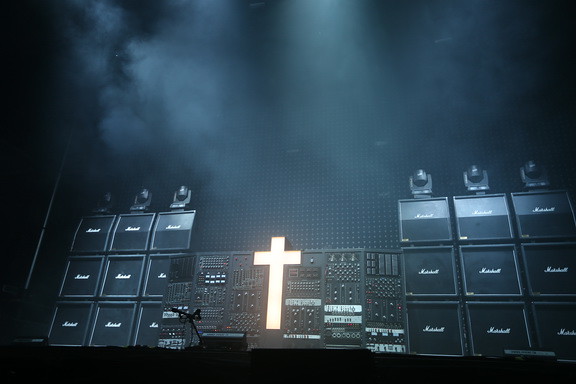 I don’t know what the complainers were expecting. Now, the big question is – will Snoop Dogg perform as Snoop Lion tomorrow? And will hologram Tupac make a reappearance? I’ll have the answers tomorrow. 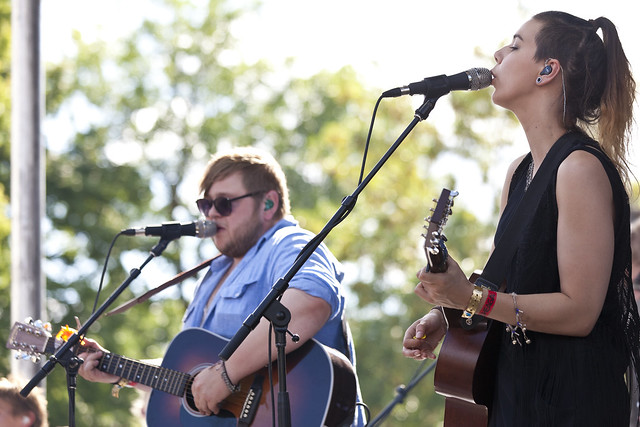 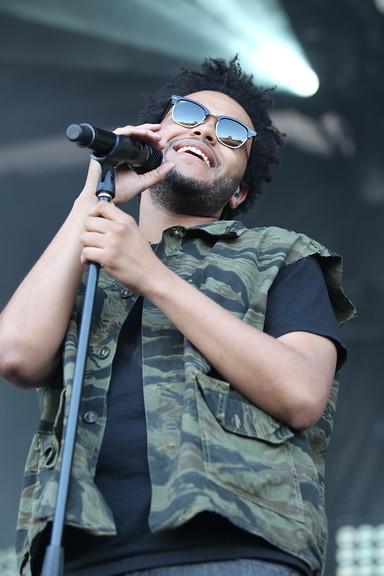 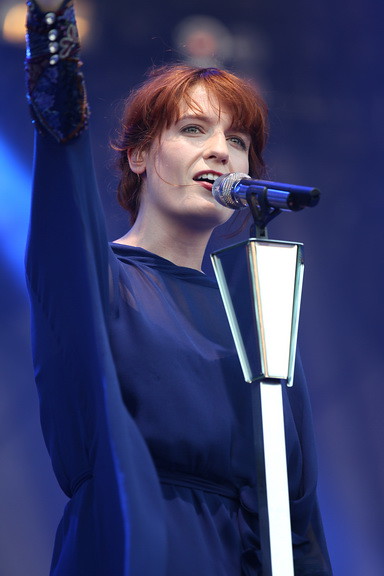