Ah. The Sunday of Osheaga, where everything lulls down and most of the crowds stay at home.

That statement would be true about any other year at the fest. However, even with a very threatening weather forecast, the work week starting up, and tons of other things to do in the city of Montreal – Osheaga still sold out, and the crowds showed up, and the people smoked up, and the hippies and hipsters danced in the mud. Yes, the downpour came, and we welcomed it after a weekend of extraordinary heat. So, shall we get on with it? 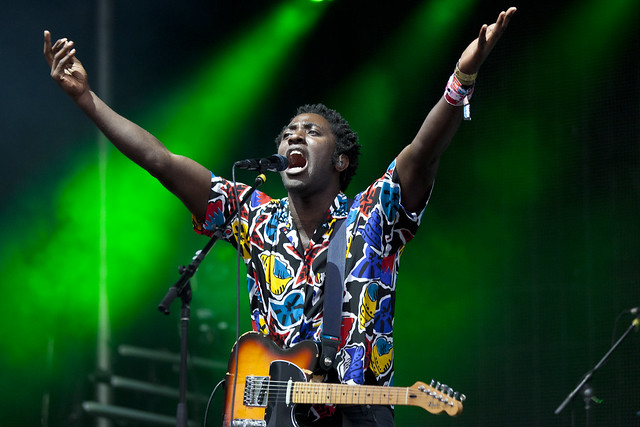 The first show I ever covered for this site was The Airborne Toxic Event just over a year ago. Today, they performed to a fairly sizeable crowd in the drizzle, with Anna Bulbrook playing a violin like nobody else can, and Mikel Jollett sounding as sharp on vocals as ever. “All At Once,” “All I Ever Wanted,” and “Changing” all sounded as fantastic as they did a year ago. They have quite the commanding presence, and I’m happy they got such a warm reception from the crowd.

The first thing I thought of Passion Pit: they’re a studio band. Maybe they shouldn’t be performing their songs as is live. Michael (the lead vocalist) can’t seem to hit those high notes in this festival environment. Sad, but true. Regardless, there’s a tremendous amount of energy being outpoured on that stage. I give them all credit for that. And the crowd? Shit. Biggest I’ve seen for a midday act. Ever. Some say they played too much from their new album. To that I say: Have you not listened to their new album? Gossamer sounds exactly like Manners! And Manners was an incredible album! What are you complaining about?! “Carried Away,” “Sleepyhead” and “Moth’s Wings” were all pretty decent.

Sidenote: Santigold was pretty good too! And Common pulled up some girl on stage, allowed her to towel his bald head off, and then she kissed his cheek. Needless to say, he’s a real crowd pleaser.

The guys who switched their timeslot with Passion Pit, Tame Impala, put on a really solid set. Full of jams, distortion, and solid vocals. But the crowd? Less than enthused by the looks of it. Seemed like people were just waiting around for The Black Keys to show. Over on the Green Stage, famed producer, director, and wannabe Swiss army knife, Woodkid, was being a bit dramatic. My colleague reports that his band played pure noise for twelve minutes before he even even graced the stage. But when he did? Magic shit happened, yo. He started playing “Iron,” spoke up, and the rain poured down at the perfect time. Absolute magic.

The Shins may have been the most musically pleasing set of the day. I cannot get over how amazing they are live. They did play a fair bit of new stuff like “It’s Only Life,” and “Simple Song,” but the mix of old tunes kept the crowd just as happy. I prefer the side project, Broken Bells, but I totally fell in love with The Shins today while standing in the pouring rain with a sea of fans. City and Colour played in the rain as well, and it worked to his favor, as Dallas Green’s solo project’s style is perfect for inclement weather.

Meanwhile on the Green Stage, Bloc Party was having a party – how redundant is that? Remember how I said Brand New had a bunch of crowd surfing? Yeah, fuck that. Bloc Party had TONS of crowd surfers. The crowd was absolutely insane and had lost all inhibitions. “Hunting for Witches” sounded stellar, along with “Banquet” and “Helicopter.” And they played a new song, which sounded a lot harder than most of their tunes. I’m excited to see what their new album has in store. I caught teenage producer sensation Madeon on my way back to the main stage area. He was absolutely slaying the dance floor, and had every inebriated being going nuts. This kid is the real deal, mixing M83, Skrillex, The Killers, Deadmau5, and probably more that I didn’t manage to catch.

M83 closed out the Green Stage on a high note, sounding better live than on their record. There was a guy who tried to eat his girlfriend’s earrings, people making love, glowsticks galore, and a ton of happy festival-goers. M83 is something all music fans should experience live.

Finally, my day ended with a Metric and The Black Keys one-two punch. Metric has played Osheaga nearly every year since its creation, and this had me thinking that I’d be tired of them. Fortunately, it was far from the truth. The new songs, like “Synthetica” and “Youth Without Youth” were incredible, and now-old classics like “Help I’m Alive” and “Gold Guns Girls” were stellar. Emily Haines looked like she was possessed. The band truly gave their best Osheaga performance. I expect them to be back the same time next year. And The Black Keys? I had even more skepticism. Two years ago, they were delegated to play the middle of the day on the main stage. Fast forward two years, and they’re headlining the festival with a massive crowd looking on. Hey – all my skepticism is now gone. Sparklers, flashing lights, and just pure garage rock from two dudes out of Ohio. They sounded crisp, sharp, and so damn real. What more could we ask for to close out Osheaga?

Have a gander at some of the day’s photos provided by the festival. My thanks to my colleague Lana for filling me in on the sets I couldn’t see. Next year’s dates have already been announced, so book your ride to Montreal for August 2nd to 4th of 2013. Till next time… 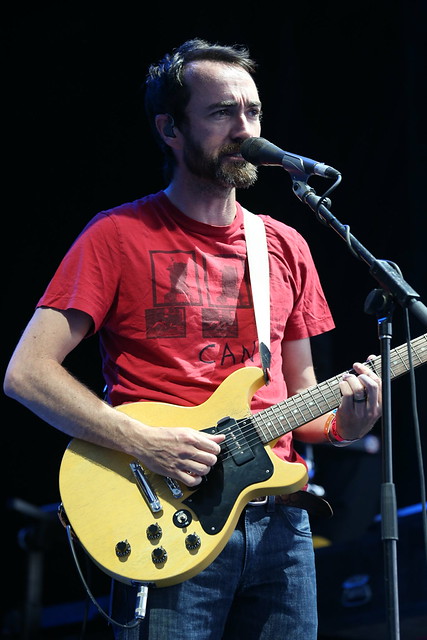 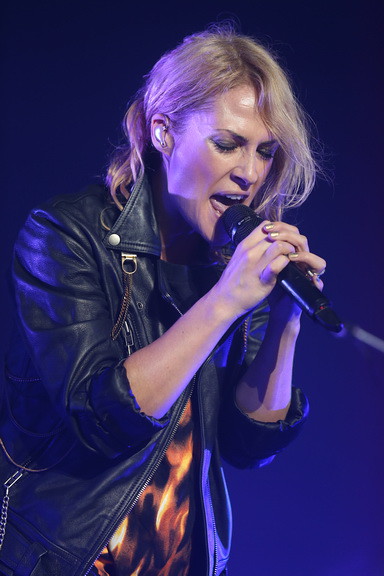 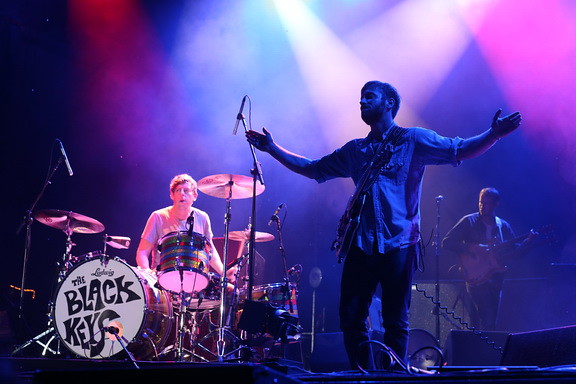 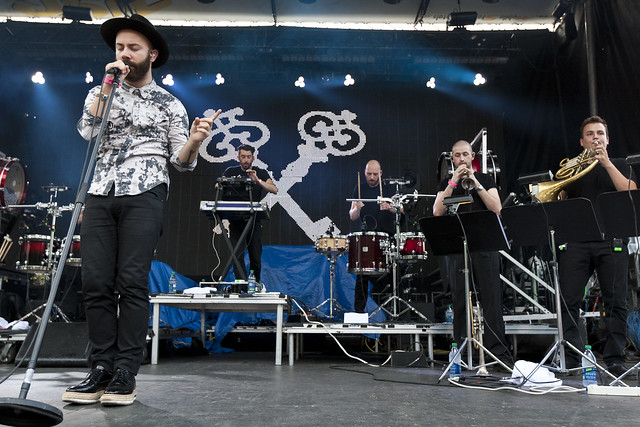 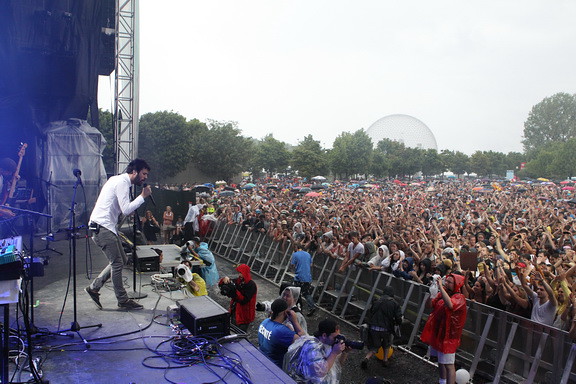 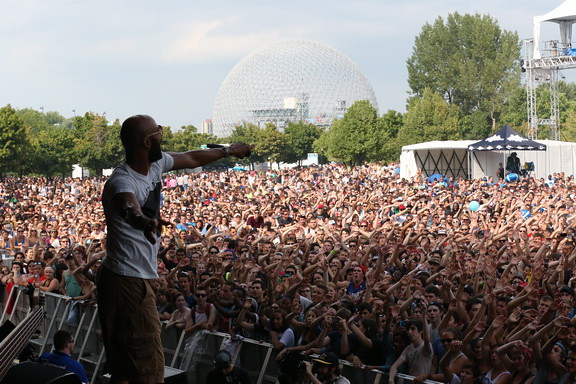 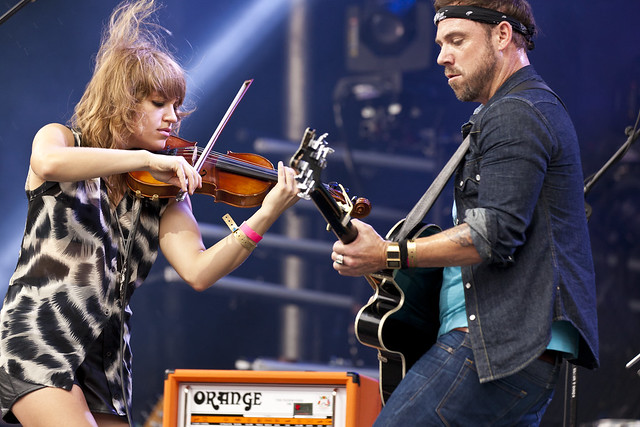