Composer Stefano Guzzetti takes on an alter ego, Waves on Canvas, on the album “Into the Northsea.” Moving away from his experience with scores and soundtracks,

Guzzetti shows an admirable amount of skills, from classic piano themes to more experimental, electronic instrumentation. Just as commendable is his ability to include such varied styles on one album without it feeling jumbled or confused. Guzzetti kicks off the record with “Twenty Years,” an ambient, instrumental piano piece that transitions nicely into “Angel,” the album’s first single. With his background, it’s no surprise that Guzzetti excels at dramatic, dynamic works.

“Flowers of the Sea” and “Starfish” are much more experimental in execution. Like their titles suggest, they take influence from the ocean, from wave recordings to garbled and sonorous melodies that evoke feelings of being underwater, of being caught up in the tide. While the two songs are arguably the most radical and innovative tracks on the album, they don’t stand out from the rest in a negative or conflicting way. They add to the record as a whole, rounding out Guzzetti’s display of melodic versatility and ability.

With such proven musical prowess, it’s puzzling why Guzzetti felt the need to add guest musicians on 5 of his album’s 11 tracks. The frequent additions seem excessive, as if Guzzetti doesn’t believe his own merits are enough to carry the record. While the added vocals sometimes do elevate the tracks, like Scottish singer Louise Rutkowski’s contribution to “Angel,” they can also seem like a burden, overpowering and overshadowing Guzzetti’s musicality. On “In My Dream,” Irene Nonnis’s vocals are ironically high-pitched and quite jarring, taking attention away from the soft, ambient piano melody in the background and bringing it to the fact that the song’s main elements compete with each other, almost sounding like components of two completely different songs.

Just as the dissonance of “In My Dream” pales in comparison to the aptitude displayed in some of its fellow tracks, the repetitiveness and monotony of others comes to the same conclusion. Francoise Lacroix fails to brighten up “Voix Dans Une Voix,” her toneless declarations unfortunately adding to the track’s dullness, fading away into the instrumentation until it becomes an endless loop of unchanging, tedious noise. As Waves on Canvas, Guzzetti takes quite a few musical risks on “Into The Northsea,” but those are not the ones that get him into trouble; in fact, his most progressive pieces are some of his finest. Instead, it’s when he plays with harmony, either utilizing too much or too little, that he loses his talent, and his audience. 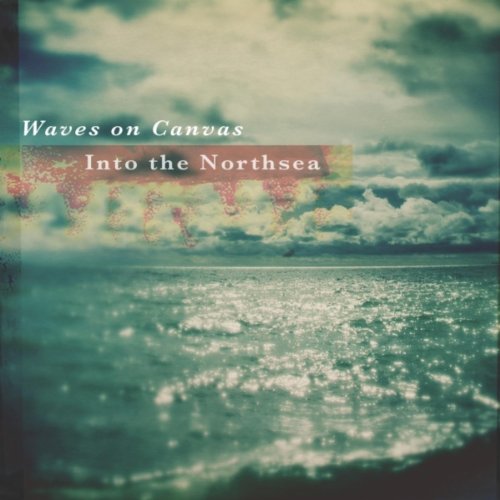