The Edinburgh-based quartet The Winter Tradition demonstrated its pop/rock sensibility on its debut album Gradients, released earlier this month. Combining the alternative rock of the early 2000s with the indie rock of the late 2000s, the album is an easy and familiar listen with moments of beautiful instrumentation.

“Firelight” opens the records with “Send The Waves” opens with a sweet xylophone melody that lasts throughout the entire track and is joined by trickling guitar riffs and licks that add punch to the delicate song. The Winter Tradition’s jangly guitars drive each track and add a beachy feel to “San Diego,” the album’s catchiest track that lacks the vocal issues found in the other songs.

Lead vocalist Ewan Simpson doesn’t take away or add anything to the band’s punchy instrumentation. His lackluster vocal performance on the album is not due to a lack of talent, but perhaps the absence of intense emotion. Instead of projecting the the intensity of emotions like agony, rapture or wrath, Simpson sounds indifferent and almost bored. Despite this shortcoming, the demonstrates several redeeming qualities such as its tight harmonies, which are a welcome force that add body to each song.

Though the vocals in “Nightscape” are reminiscent of the emo movement, the rest of the track is an ambient anthem anchored by a powerful drum performance and tasteful synthesizers. The vocals on Gradients is most convincing on the title track. With its repetitive lyrics, the song is one of few on the album that feels complete with The Winter Tradition’s static vocals. Another is “Black Tiger,” an acoustic guitar effort that compliments the imperfect vocal performance.

Regardless of the album’s shortcomings in lead vocals, it’s an engaging effort that shows promise from the young band. Simpson needs only to toughen up his voice and The Winter Tradition will capture its own sound on the the pop/rock spectrum. 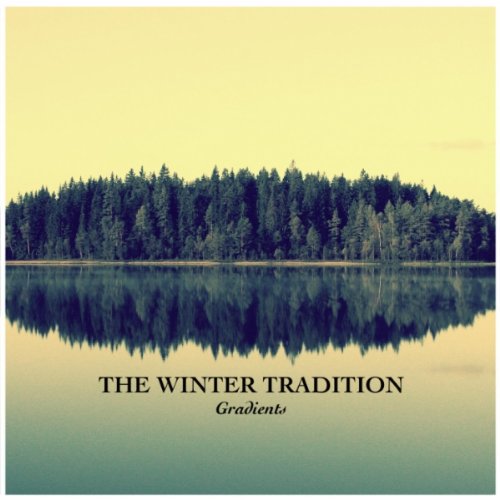